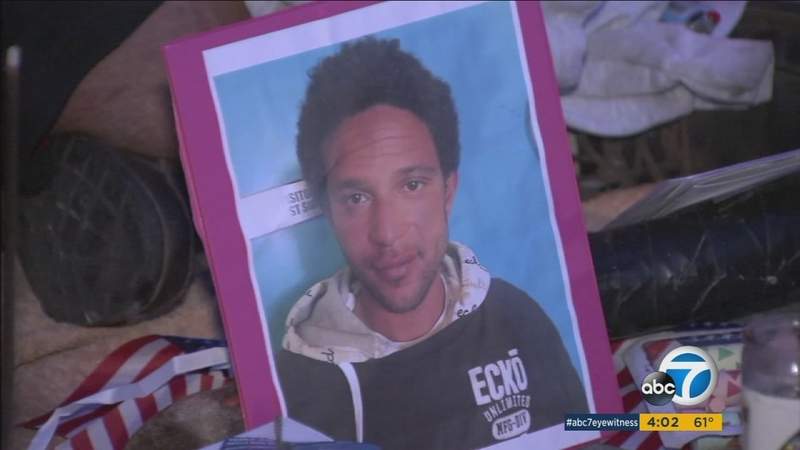 Beck's decision comes after investigators found that Brendon Glenn was on his stomach on the ground and trying to push himself up when Officer Clifford Proctor fired twice, hitting the 29-year-old in the back, Lt. John Jenal, a police spokesman, said Monday.

The shooting happened during an altercation between Glenn and police last May.

It's the first time Beck has called for such charges during his tenure as chief.

The chief said he made his recommendation last month to Los Angeles County District Attorney Jackie Lacey, who will ultimately decide whether to file charges.

Glenn's mother spoke through her attorney on Monday, saying she is grateful Beck took a stand for her son.

"She is still devastated by the loss of the son. She is gratified that Chief Beck recommended criminal charges, but her grandson Avery is still without a father," said Jim DeSimone, the attorney.

Glenn was among 21 people fatally shot by Los Angeles police in 2015, when the overall number of officer-involved shootings in the nation's second-largest city increased by 52 percent.

Mayor Eric Garcetti said in a statement that he hopes Beck's recommendation is "considered with the utmost gravity."

"As the District Attorney reviews this case, my hope is that Chief Beck's recommendation is considered with the utmost gravity. No one is above the law, and whenever use-of-force crosses the line, it is our obligation to make sure that principle is upheld," he said.

The police union, however blasted Beck.

"Chief Beck should never be involved in this," said Craig Lally of the Los Angeles Police Protective League. "He should just hand over the investigation and let the people that are actually going to either file or prosecute this case - with the evidence at hand - let them decide."

Meanwhile, there was rare praise for Beck from civil rights activists.

"It is so unprecedented," said Earl Ofari Hutchinson of the L.A. Urban Policy Roundtable. "When in living memory can you remember a local police chief saying 'an officer messed up. An officer abused his authority.'"

Glenn's confrontation with police began late at night on a block lined with bars and restaurants, when two officers responded to a 911 call saying a man had been arguing with a bouncer who wouldn't let him into a bar and was hassling passers-by, police said at the time.

The officers spoke to Glenn, who began walking away but then came back and began struggling with someone on the sidewalk, according to a police news release. The officers were trying to detain Glenn when the shooting occurred.