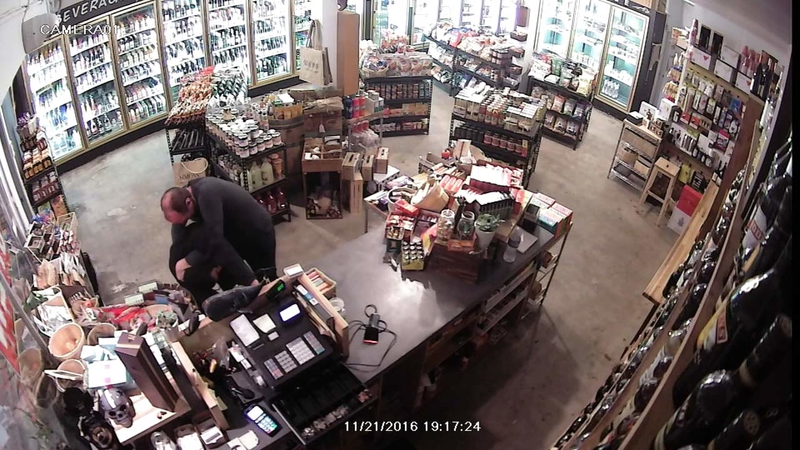 VENICE, LOS ANGELES (KABC) -- A Venice convenience store owner wrestled an armed would-be robber out of the store, and the tense struggle was all caught on surveillance video.

Store owner Simon Mellor and a cashier were inside the store when the man pulled out a gun and demanded money from the register.

"I wanted him out of here," Mellor said.

"I figured, I'll give it a go and take him from behind," Mellor said.

Mellor tackled the suspect, trying to wrestle him to the ground. Then, the fight spilled out onto the sidewalk. Cars passed by as the two struggled.

At one point, Mellor slammed the suspect's wrist into the store's window, but the man never dropped the gun.

"We just tussled, and I couldn't get him to the ground, and he pulled another gun out. I wasn't happy about that. Neither of us were happy at that point," Mellor said. "He ran, and I was like, 'OK, he's got two, I'm not running after him. Let's call it a day."

As the suspect took off, Mellor says he was flooded with relief and frustration.

"It's not worth it, and honestly, if I had caught him, I would have just been like - why?" Mellor said. "I don't want vengeance on him. I just want him to be a better person."