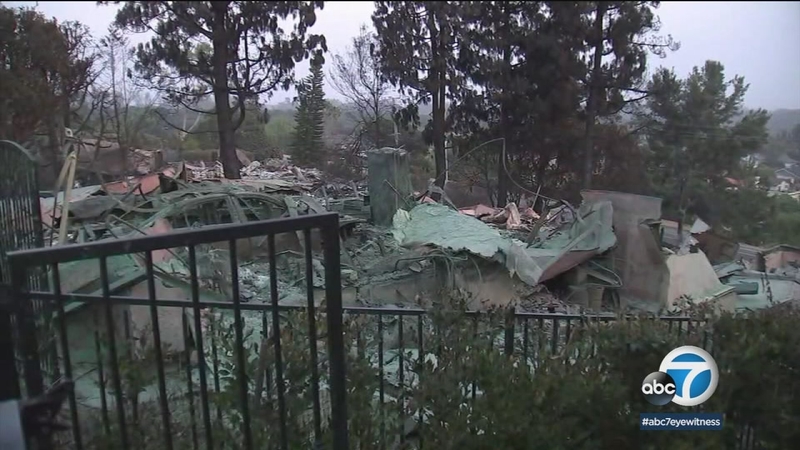 VENTURA, Calif. (KABC) -- While residents in Santa Barbara County are now threatened by the Thomas Fire, Ventura residents were able to return home after evacuation orders were lifted.

Jim Holden and his wife evacuated their home in a hillside neighborhood when the wildfire swept through the area and destroyed hundreds of homes in the city.

He stood a few blocks away and watched three neighboring homes go up in flames. While the flames still threatened his house, firefighters entered his residence and saved some personal items for his family.

"They put a water screen between my house and the house next door that was burning in an attempt to save it, but they didn't think they were going to be successful," he said. "So they broke in and they saved my family photos and my computer and things that they thought would be important to me."

Jim is filled with emotion as he thanked the firefighters, police and other first responders who have been fighting the massive wildfire.

He added he is especially grateful to firefighters from Redlands, who were the ones that got into his home to save those items.

Since the blaze started on Dec. 4, it has destroyed more than 1,000 homes, making it at least the seventh most destructive blaze in state history.