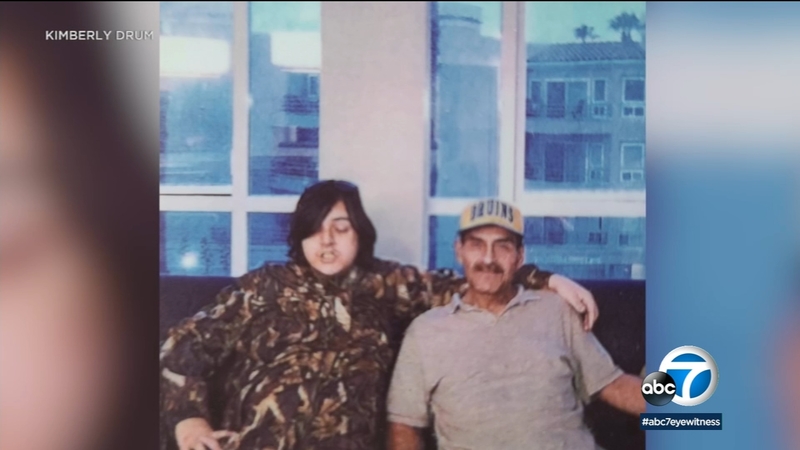 Mother speaks out after son, 21, arrested in fatal stabbing of father

LAKE PIRU, Calif. (KABC) -- A 26-year-old Ventura County man is accused of stabbing his father to death. In an emotional interview with ABC7, the suspect's mother said previous calls she made to authorities to do a mental health check on her son went unanswered.

"I tried so hard to get my son help -- and nobody would help him and here we are," a grief-stricken Kimberly Drum said tearfully.

Her 26-year-old son, Daniel Drum, remained in custody on Thursday. He is accused of fatally stabbing his father, Steve Acosta, in an alley behind their home late Wednesday night in Lake Piru.

"He needs help," Kimberly Drum said of her son. "And then we've lost his father."

She said for the last nine months her son had refused to take his medication to treat his schizophrenia. She said she begged him to get help but he refused.

"The police told me I could not make him take it," said Drum, who lives in Lake Arrowhead, "nor could I go and get him to go take it because he is an adult now and I'm not allowed to make any decisions for him although he is not in his right mind."

She said she also asked for outside help but her pleas fell on deaf ears.

Daniel Drum was living with his father in Lake Piru at the time of the stabbing. Kimberly Drum said her son was not in his right mind and upset about his family being adamant about him getting help for his mental illness.

Authorities sent out search teams in an effort to locate the 26-year-old man. His mother was informed of the tragic news late Wednesday.

She told ABC7: "So he takes off and somehow when everyone was looking for him he circled around town, came up the alley, and his father said, 'Is that you, son?' And Daniel came up and stabbed him in the neck, I hear, with something and then hit him with a metal pipe or something."

After the attack, Ventura County sheriff's deputies found Daniel Drum in the Lake Piru area and took him into custody without incident, said Deputy Chris Dyer, a spokesman for the agency.

As of Thursday afternoon, Drum had "technically not been booked for anything," Dyer said. "He's down at the headquarters station in Ventura and the investigation is still continuing."