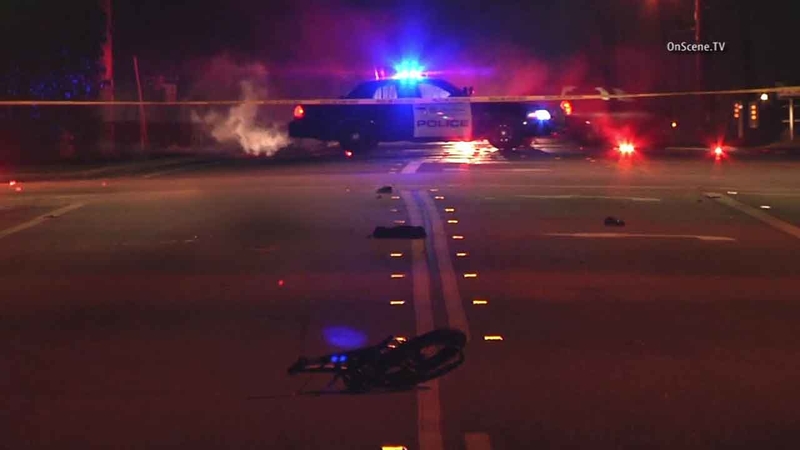 VENTURA, Calif. (KABC) -- Ventura police say a bicyclist was killed after being hit by a white Nissan four-door that then fled the scene.

The hit-and-run collision was reported at the intersection of Telegraph Road and Saticoy Avenue shortly after 12 a.m. Friday.

Responding officers found the male victim lying face down in the roadway. He was pronounced dead at the scene.

His identity has not been released pending notification of next of kin.

Authorities say the hit-and-run driver's vehicle should have substantial front-end damage based on evidence left at the scene.