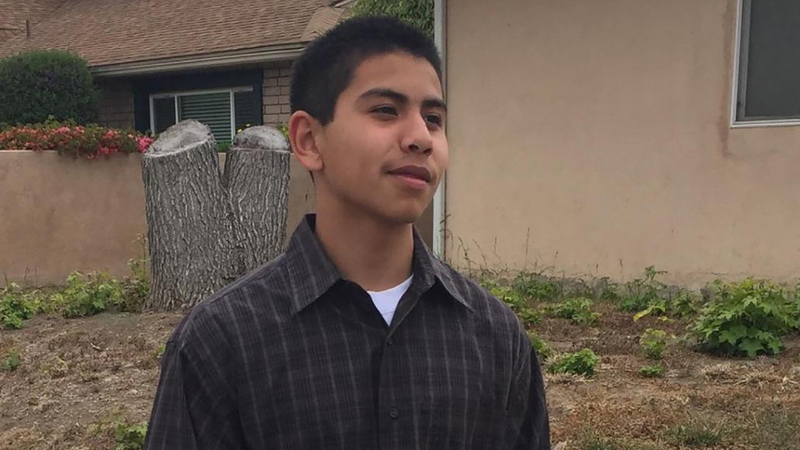 VENTURA, Calif. (KABC) -- A bicyclist killed in a hit-and-run in Ventura was identified as a 14-year-old high school football player.

Ventura police say Jonathon Hernandez was struck by a light-colored flatbed tow truck at the intersection of Telegraph Road and Saticoy Avenue shortly after 12 a.m. Friday. Hernandez was pronounced dead at the scene.

Family members say the teen was a student at Buena High School in Ventura. According to Pastor Samuel Howard, the victim's family had an emotional meeting Thursday night -- marking the birthday of Hernandez's sister, who died a few months ago from leukemia.

Hernandez left that get-together late at night on his bicycle.

"He was very emotional," Howard said. "He wasn't just a kid running the streets, doing things. He was very hurt and upset last night, and that's when he was hit by the car."

The family did not know that Hernandez had gone out at that time, Howard said. Family members were too distraught to talk on camera, but they described the victim as a popular boy who rode his bike everywhere.

The family is asking for the public's help tracking down the person who not only hit him, but didn't stop to help him afterward. Authorities say the hit-and-run driver's vehicle should have substantial front-end damage based on evidence left at the scene. Police are also looking for a second vehicle that hit Hernandez: a small silver or light-colored SUV.

The investigation is ongoing. Anyone with additional information on this case was asked to contact the Ventura Police Department's Traffic Unit at (805) 339-4323.