Ventura man killed after being hit by suspect during police chase 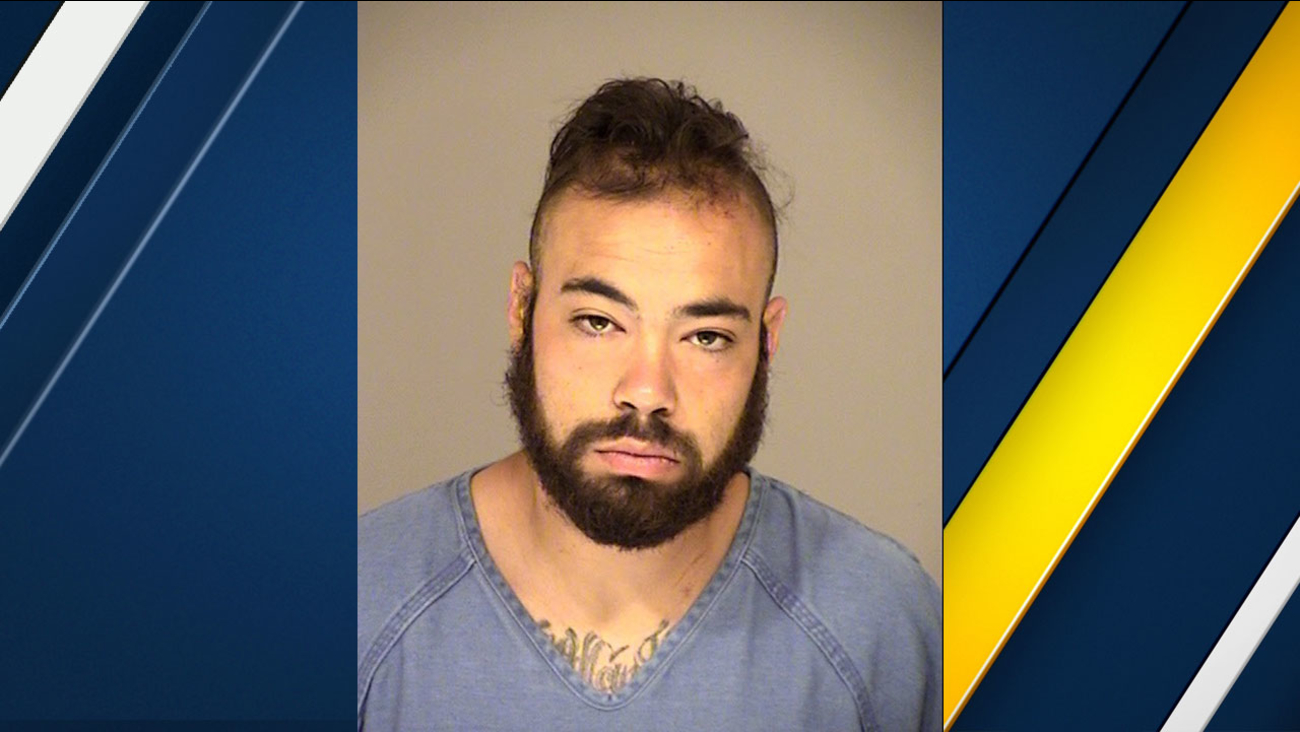 Victor Martinez, 24, can be seen in a booking photo provided by police.

VENTURA, Calif. (KABC) -- Richard Lundsford, 80, of Ventura, was riding his motorcycle when 24-year-old Victor Martinez hit him while evading the police.

Police said Martinez was driving recklessly on Highway 126 when he collided with an unmarked Ventura police vehicle on Friday at approximately 1:20 p.m. After colliding with detectives, he sped away from the scene.

Detectives attempted to pursue him but could not keep up. A Ventura police patrol officer spotted Martinez and continued the chase.

According to Ventura police, Martinez exited the highway at Kimball Road and ran a red light, slamming into Lundsford's motorcycle and then an SUV. A third vehicle was also hit during the crash.

Martinez only drove a short distance before ditching his car and dropped a loaded handgun while fleeing from police on foot.

He eventually told a passing motorist that he had been injured in a fall and needed a ride. Officers were able track them down on Telegraph Road, and Martinez was taken into custody.

Lundsford was pronounced dead at the scene, police say.