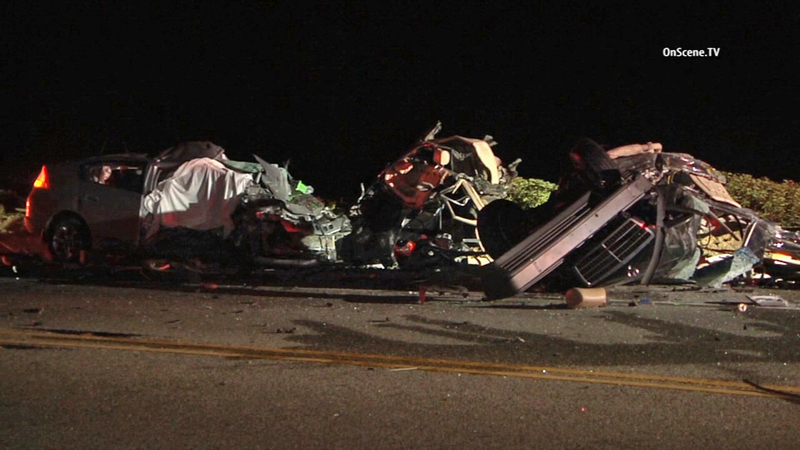 Witnesses say a man driving a Mercedes was speeding as he traveled northbound on PCH from Malibu. He lost control of the vehicle, spinning out, and then made head-on contact with a Honda sedan.

"Any curvy road like this, with being dark, there's always potential for hazards," said CHP Sgt. David Hong. "It's a beautiful scenic route, but it can be dangerous."

The impact split the Mercedes in half and killed the driver. Two people inside the Honda were also killed. Their names have not been released.

A helicopter was sent to do an aerial search to make sure there were no additional victims who might have been ejected, but no other victims were found.

It is unknown at this time if drugs or alcohol were a factor. The accident remains under investigation.