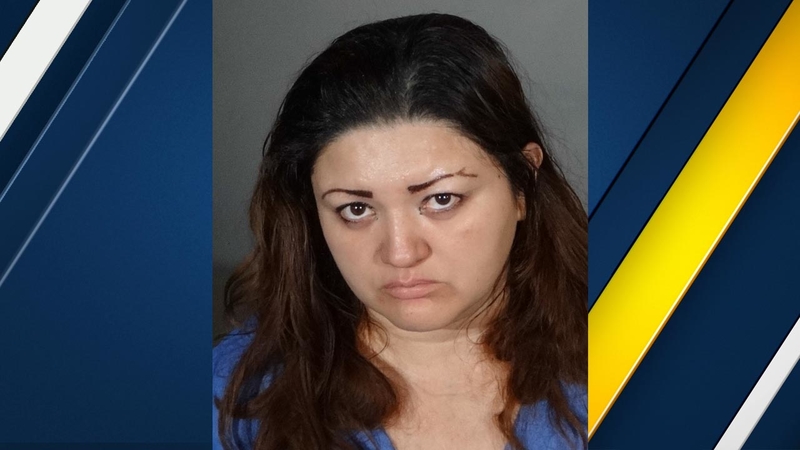 ECHO PARK, LOS ANGELES (KABC) -- A mother has been charged with murder after officials said her son's body was found in a closet in their Echo Park home.

Veronica Aguilar, 39, was charged with murder, and child abuse resulting in death, according to the Los Angeles County District Attorney's Office.

Authorities said 11-year-old Yonatan Aguilar's body was found in the home located in the 2100 block of Santa Ynez Street on Monday after his stepfather, and Veronica Aguilar's husband Jose Pinzon, called police.

The boy died due to neglect and had suffered from severe malnutrition, prosecutors said.

"Just to witness the child's condition was horrible, images that I will never forget," Det. Moses Castillo with the Los Angeles Police Department's Abused Child Division said. "He did have obvious signs of trauma throughout his body and appeared to be very malnourished."

According to child abuse investigators, Veronica Aguilar told people her son was living in Mexico. Neighbors told investigators that they saw the stepfather and three older children, but had never seen Yonatan.

"We believe that the mother, Veronica Aguilar, had concealed her child not only from her family but from anyone else for that matter," Castillo said.

Officials said the boy's condition raised questions about what Pinzon had witnessed, as he also lived in the home, and what Veronica Aguilar's older children knew.

Castillo said Yonatan's body was so small it appeared to be that of a 6-year-old.

"No child ever deserves to live or die in this manner," Castillo said.
LAPD said the Department of Children and Family Services did have prior contact with the family, but stated no welfare workers were being questioned for any possible lapse as they said all procedures were followed.

Detectives stated Veronica Aguilar was also able to conceal Yonatan from workers with the Department of Children and Family Services.

Police did not specify why prior contact had been made with the family by the Department of Children and Family Services.

According to LAPD, there was no record that Yonatan attended any school in the last four years.

The Los Angeles County Coroner's Office was attempting to get in contact with the boy's biological father who lives in Mexico, but had so far been unsuccessful.

Veronica Aguilar's bail was set at $2 million and she was due back in court on Sept. 8.