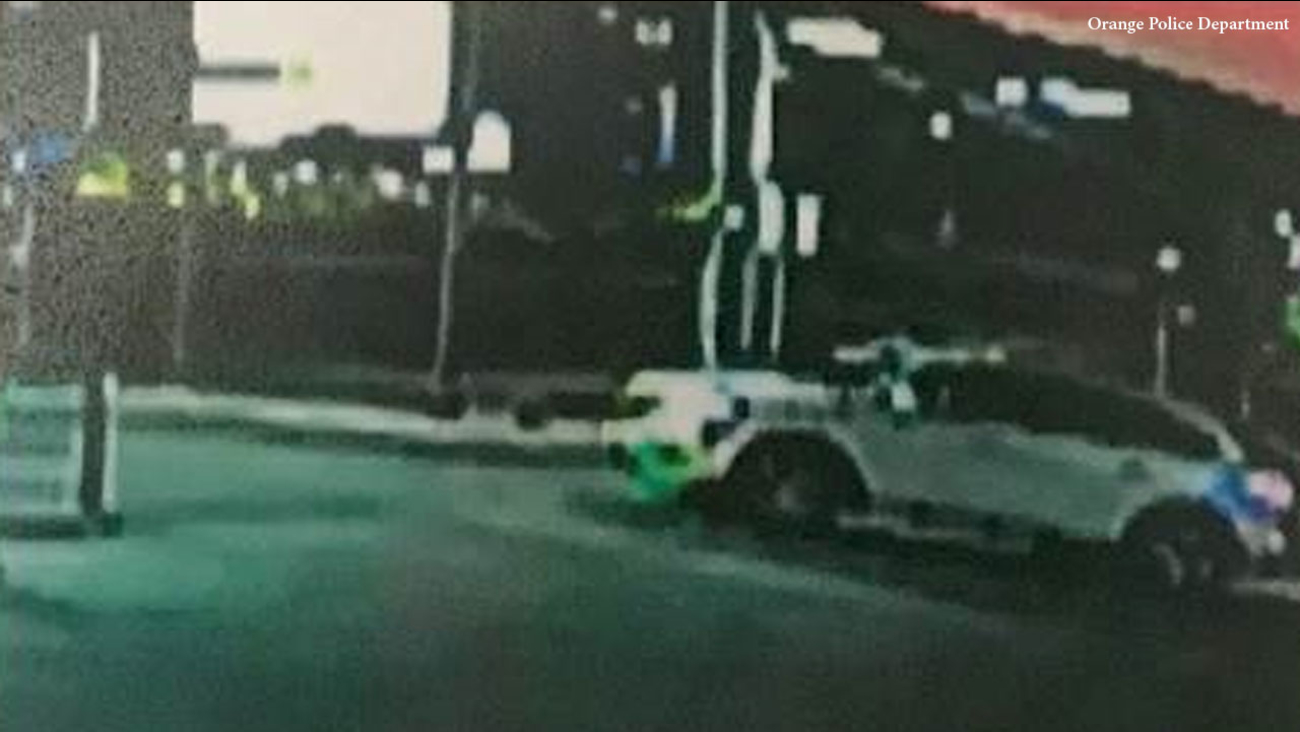 A white SUV possibly involved in a fatal hit-and-run crash in Orange on Friday, Nov. 10, 2017.

ORANGE, Calif. (KABC) -- A U.S. Marine Corps veteran was struck and killed in Orange, and police are on the hunt for the hit-and-driver responsible.

At about 1 a.m. Friday, a dark-colored two-door vehicle struck the victim, who was walking, in the 2200 block of W. Chapman Avenue, Orange police said.

Firefighters responded to the crash and pronounced the victim dead at the scene. The person was described only as a veteran of the Marine Corps.

Police said the dark-colored vehicle fled the scene immediately after the crash.

The car is believed to be an older model dark-colored Chevrolet Camaro. A white, mid-sized SUV, possibly an Acura, may also be involved in the crash, police said.