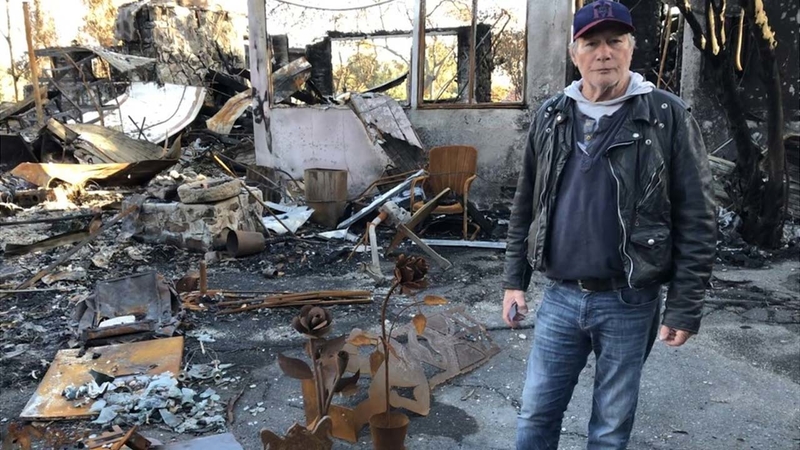 The Army veteran was hospitalized days before the Woolsey Fire broke out because of a blood clot.

"And then I find out I have cancer in the bones," said Essenberg.

#SHARE: A #veteran was diagnosed with cancer. Less than 24 hours later, the #WoolseyFire destroyed his apartment. Now all he has are the clothes on his back. His heartbreaking story at 5:45 on @ABC7.

Hours after being released from the ER, his life went from bad to worse. The Woolsey Fire was coming down the hill, right toward his apartment complex.

"I come out my backdoor on the top of this hill up here is smoke just thick all up in here," said Essenberg.

He said he left in such a hurry he only had the clothes on his back, his cash and medication. He also didn't have renters insurance so he can't get anything replaced.

Video shows a daring chopper rescue of three people and two dogs in the middle of the Woolsey Fire.

"You know nine years and everything is gone. It's crazy until it happens to you, you know?" Essenberg said.

Essenberg is now sleeping in a friend's living room, trying to get government assistance all while battling his health issues. Friends are rallying behind the veteran who now has nothing.

Donations from churches have helped and a GoFundMe has been set up, but he needs permanent housing soon and hopes someone in his community can help.