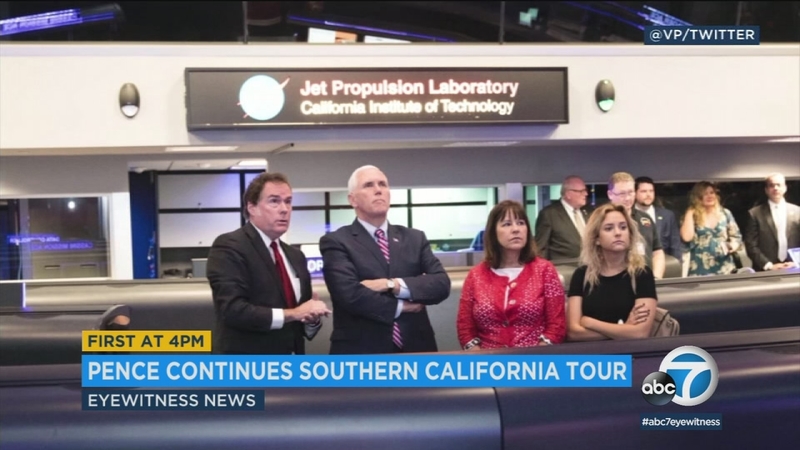 Pence attended a fundraising brunch at a private home in Malibu and was set to later attend an event in Beverly Hills. Tickets were priced from $10,000 to $100,000 per couple. The fundraising is to help Republican candidates who are seen as vulnerable in the congressional midterm elections.

On Saturday, he toured the Jet Propulsion Laboratory in Pasadena.

Some protesters gathered Sunday on Pacific Coast Highway in Malibu to express their displeasure with the administration's policies.

"These people are anti-science, anti-LGBTQ people, anti-women," protester Michelle Xai said. "And they're really open about it. These are dangerous times and we can't be silent in the face of these attacks against immigrants, against women, against Muslim and black and brown people."

"If you have illegal people coming in, they're off the grid, so they can do illegal things and we don't even know who they are," she said. "So that's a problem."