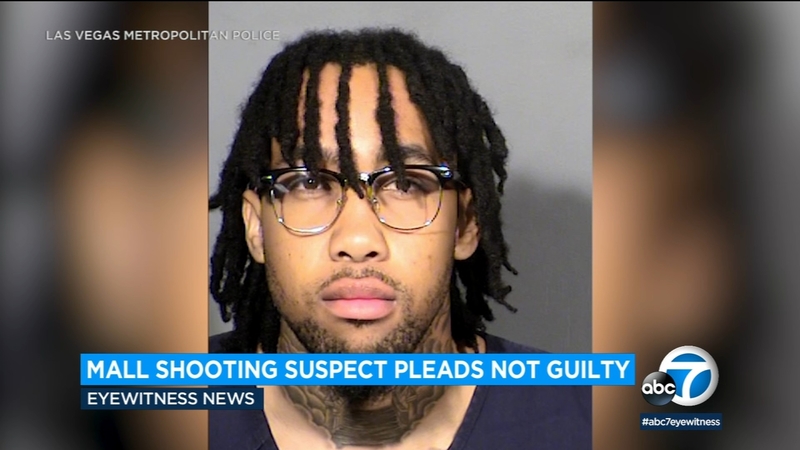 VICTORVILLE, Calif. (KABC) -- A store owner has pleaded not guilty, in connection to the shooting of a 9-year-old girl at a Victorville mall on April 12.

No cameras were allowed in the courtroom when 20-year-old Marqel Cockrell entered the not guilty plea to assault with a firearm, and other charges.

Bail was originally set at one million dollars but was reduced to $250,000 dollars.

Investigators say Cockrell, a co-owner of "Sole Addicts," was shooting at suspected thieves but missed and struck the young girl instead, according to the Victorville Police Department.

A 20-year-old man has been arrested for mistakenly shooting a 9-year-old girl as he chased two shoplifters out of his store in a Victorville mall Tuesday evening.

Cockrell fled the scene after the shooting and was later found by Nevada Highway Patrol.

Social media posts that appear to be from the girl's family say she was shot twice in the arm while in line to get her picture taken with the Easter bunny. She is expected to be OK.

Cockrell is due back in court on Thursday.