Woman arrested for trying to steal train in Victorville 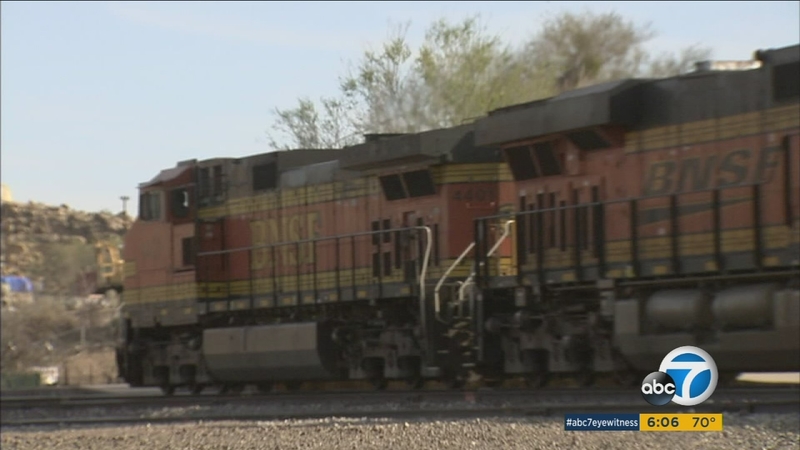 Woman arrested for trying to steal train in Victorville

VICTORVILLE, Calif. (KABC) -- A woman in Victorville is accused of trying to take a train locomotive for a joy ride in the middle of the night.

Carlos De Lara said a loud sound woke him from a sound sleep.

The noise he heard was a locomotive's horn blaring through his Victorville neighborhood early Sunday morning.

"I was mad. I thought it was an engineer waking me up. I hear it all the time but not like that," he said.

It wasn't a Burlington Northern and Santa Fe locomotive engineer warning traffic or pedestrians away from the track. According to police, a homeless woman broke into a parked locomotive and tried to take it on a joy ride.

When deputies arrived, they said the suspect, identified as 45-year-old Shawna Marone, refused to get out of the locomotive.

For more than 10 minutes, neighbors said they heard the horn blasting away.

Police said the locomotive was running when they finally placed Marone under arrest.

A spokesperson for BNSF told Eyewitness News an idle reduction device turns the locomotive on and off in order to recharge its air brake system, even when parked.

Despite the break in security measures, including derailment equipment, the train would have been prevented from moving beyond the yard.