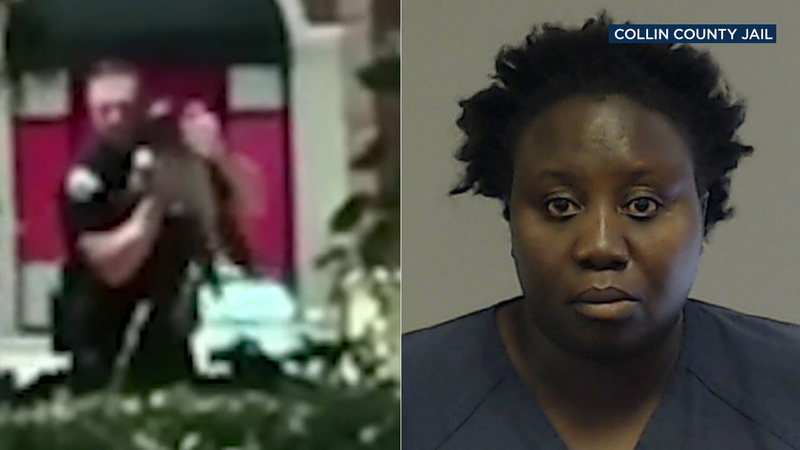 MURPHY, Texas (KABC) -- Video captured the moment a baby was rescued from a woman who allegedly used the toddler as a human shield during an attempted bank robbery in north Texas.

The incident happened at a Bank of America in Murphy, Texas when, according to police, Evelyn Misumi tried to rob the bank and doused the lobby with lighter fluid and gas.

Misumi tried to flee when employees called 911, but police were already outside.

Officers said she ran to her car, pulled out a baby and tried to use it as a human shield.

Police snuck up and bear hugged her to get the baby away.

My coworker and I were at the Chick Fil A next to the bank - I was able to record some of the incident pic.twitter.com/4808mD03xC

They are still trying to figure out if the baby is related to the woman.