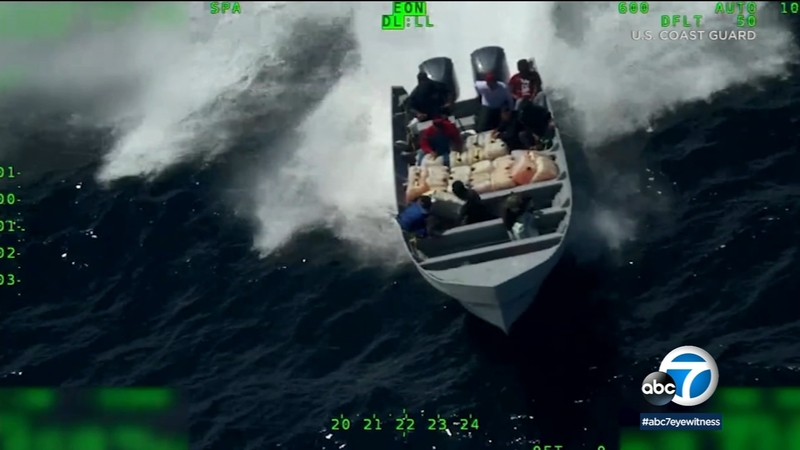 Coast Guard releases video after seizing more than 26,000 pounds of cocaine worth $35 million

The aerial footage shows suspected drug smugglers tossing bales of cocaine overboard as their speedboat cuts across the water.

More than 26,000 pounds of cocaine was seized in the area over the past few weeks, officials said.
Most of the narcotic was discovered on drug-smuggling boats. The rest was found floating in bales on the ocean.

The Coast Guard is scheduled to offload the drugs, with an estimated street value of $35 million, on Friday in San Diego.
EMBED More News Videos