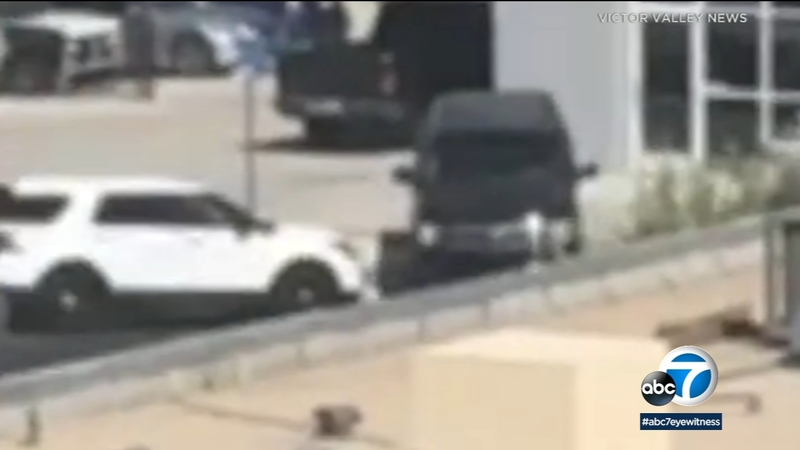 VICTORVILLE, Calif. (KABC) -- A deputy has been wounded in a Victorville standoff and apparent shootout where a reportedly armed suspect is seen trying to ram deputies with an SUV on Wednesday.

The unidentified deputy sustained injuries that appear to be non-life-threatening. It's unclear whether he or she was shot or injured some other way during the incident.

San Bernardino County sheriff's deputies responded to reports of a man with a gun and at some point a standoff began. The suspect refused to exit his vehicle and suddenly accelerated toward deputies and their units, officials said.

Dramatic video captured the ensuing gunfire by deputies and the suspect as the suspect drove the SUV toward deputies.

The incident happened outside an auto body shop near 7th Street and Circle Drive.

SWAT officers eventually took the suspect into custody. He was injured and transported to a nearby hospital, sheriff's officials said.