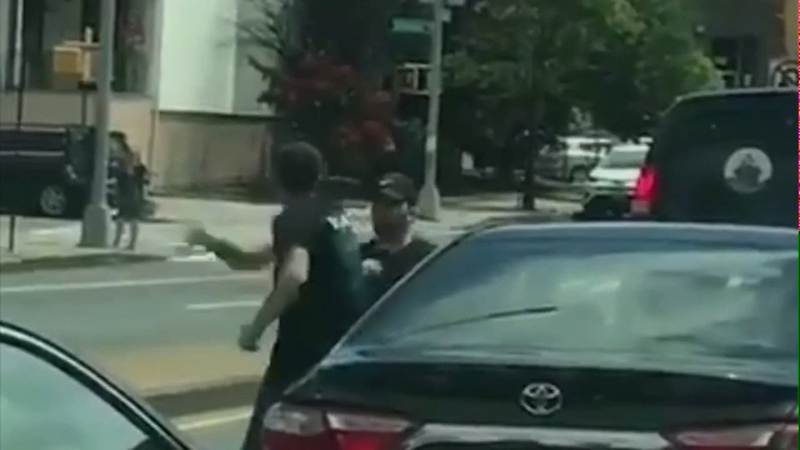 GREENPOINT, Brooklyn -- Shocking video of a road rage incident was caught on camera in Brooklyn.

An argument between two drivers escalated with one of them pulling out a knife, then going on the attack.

That driver then jumped into his car, pinning the victim and dragging him until he fell to the ground.

The drivers got out, words were exchanged, and it went downhill from there.

Two residents saw the attack and tried to help the 24-year-old victim afterwards.

"I think he was shook up and shocked," one of the residents said. "Everything happened so fast."

The victim ended up flipping in the air, ending up in between two parked cars.

Police report he was taken to the hospital with injuries only to his hips and hands.

It could've been far worse. He was able to stand after the incident.

Meanwhile, the suspect took off, with part of his fender left behind.