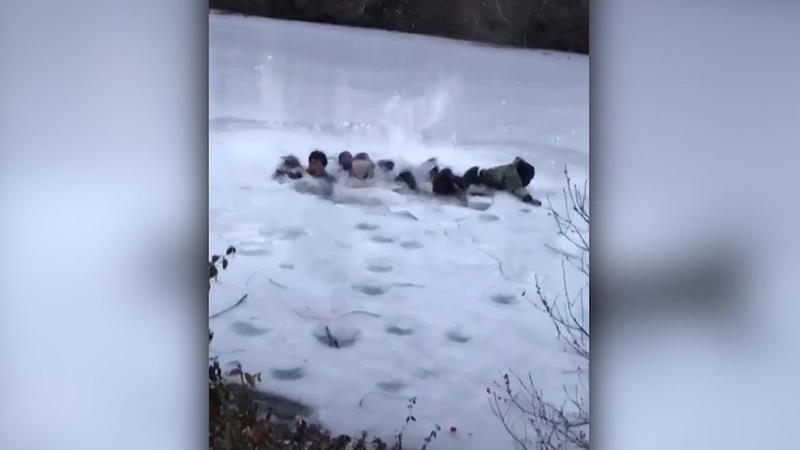 CENTRAL PARK, Manhattan -- Dramatic video shows the terrifying moments before and after a group of teenagers fell through thin ice at a pond in New York's Central Park on Monday evening.

WABC-TV obtained the video, which can be seen here:
EMBED More News Videos

Nine teens went out on the ice in the southern section of the park to take selfies, witnesses said.

A tourist in the park actually decided to take a selfie showing the group of boys taking a selfie while out on the ice:


The teens were then seen walking around, jumping around and sliding on the ice before breaking through the surface, sending seven of them into freezing water.

They are seen in the video frantically trying to get out of the water.

Watch an extended version of the video showing the teens in the water here:
EMBED More News Videos

Extended cellphone video shows teens in icy water after falling through the ice in Central Park.

Two Good Samaritans who were skateboarding nearby jumped into action and pulled the seven teens out of the water.