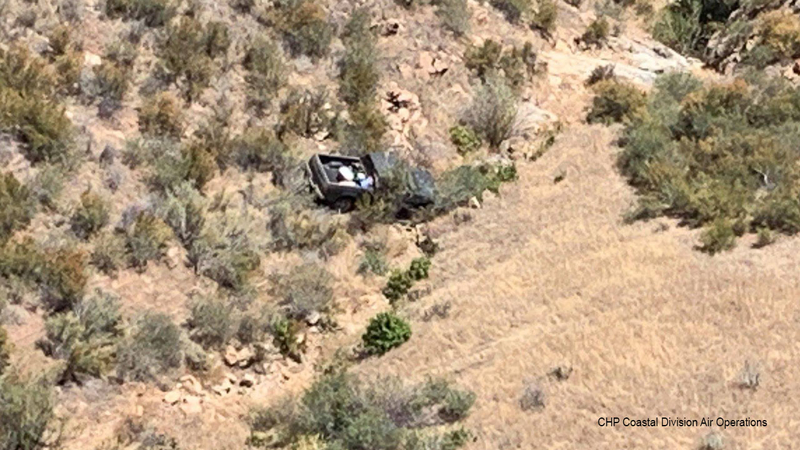 Newly released aerial footage from the California Highway Patrol shows the moments leading up to the arrest of a suspect who led officers on an off-road chase through the northern part of the Los Padres National Forest, which culminated with the driver speeding down a 2,000-foot hillside before crashing at the bottom of a ravine.

The chase began Friday after authorities were alerted of a possibly stolen black Ford pickup traveling Southbound on Highway 101 in the Central California town of Nipomo, according to a Facebook post from the CHP's Coastal Divisions Air Operations.

The driver exited the highway and began driving eastbound on Highway 166 as CHP officers attempted to stop him. The driver then turned onto a dirt road which was a dead end.

Several attempts to stop the driver with spike strips along the road were evaded by the driver, who skidded to a stop more than once to throw the spike strip over the side of the road.

During one attempt to steer around a strip, the truck partially drifted off the road and intentionally continued down the steep hillside and crashed at the bottom of the ravine.