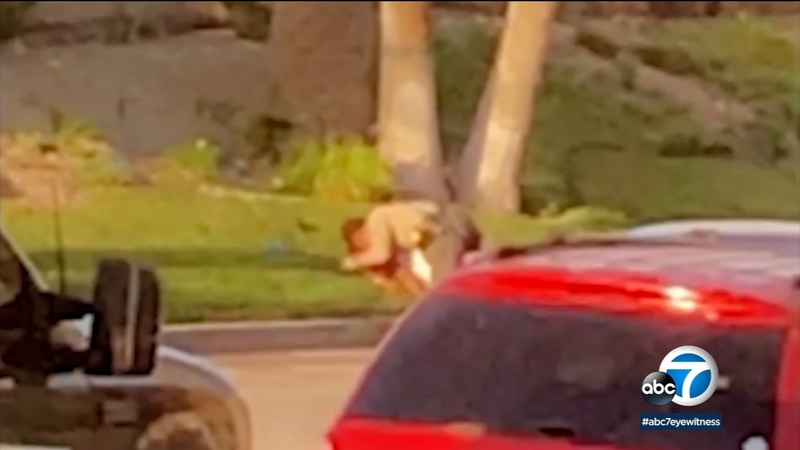 The incident occurred about 6:20 p.m. Tuesday near Jakes Way and Danielson Street, according to the Los Angeles County Sheriff's Department.

Santa Clarita Valley Station deputies were sent to the neighborhood after a report of package theft, the sheriff's department reported.

"As they neared the location, they encountered a man walking with a package,'' a sheriff's department statement said. "The man told deputies the package did not belong to him. The deputies attempted to detain the man regarding a theft investigation.

"The man became uncooperative and a use of force occurred,'' the statement said. "It was later determined (that) the man was wanted in connection with an armed robbery of a U.S. Postal (Service) carrier approximately one hour earlier, in which a handgun was simulated. The postal carrier positively identified the suspect.''

The suspect was booked at Santa Clarita Valley Station on suspicion of robbery and assault on a peace officer. His name was not immediately released. The deputies and suspect received moderate injuries, but did not require hospitalization, the sheriff's department reported.

The video on social media opens with the man above a deputy on the ground, then a second deputy pulls the man off by using a neck hold. The second deputy moves on top of the man and appears to punch the suspect, and both deputies continue to struggle to subdue him.

A woman frantically called for help while the incident was being recorded.

About 20 seconds pass and deputies appear to have control of the man when he begins kicking and temporarily breaks free of the deputies' hold. A vehicle pulls up and blocks the view of the struggle and the video ends.

The deputies and suspect suffered moderate injuries, but no one was hospitalized.

The suspect was treated and released from a local hospital and then booked for robbery and assaulting a peace officer.

Anyone who witnessed the incident was asked to contact the Santa Clarita Valley Sheriff's Station at 661-255-1121.