Vidiots video store set to close in April after 30 years 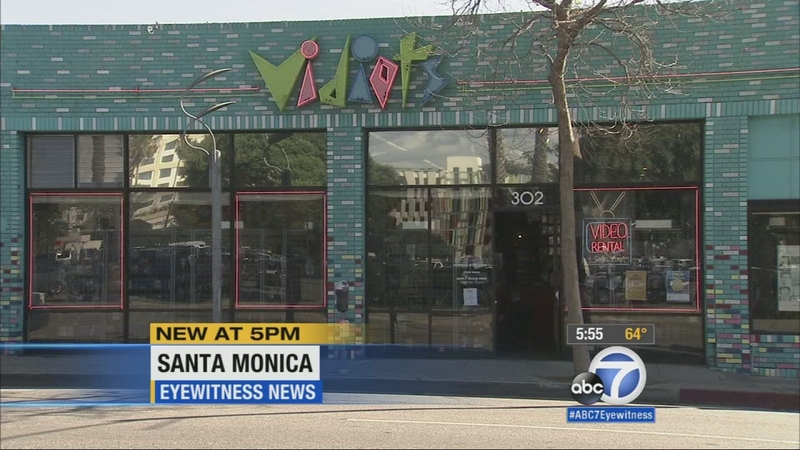 Vidiots video store set to close in April after 30 years

SANTA MONICA, Calif. (KABC) -- For video connoisseurs who were looking for an obscure documentary on punk rock or the complete works of Robert Altman, Vidiots on Pico Boulevard is the best place to go.

In the last 30 years, Vidiots survived stiff competition with national chains such as Blockbuster and Hollywood Video. But the video store was not able to overcome the cultural shift in the way people get their home entertainment.

"There was streaming. It was Netflix. It was DVR. It was all of it," cofounder of Vidiots, Patty Polinger, said.

Polinger cofounded the store with her lifelong friend Cathy Tauber. This week, the duo announced that the store would be closing its doors in April.

Tauber said it was hard to announce the closure, and that the pair tried to find ways to generate more revenue. The two opened a performance space and even turned the store into a nonprofit, but in the end Vidiots simply was not making enough money.

When Tauber and Polinger opened the store in 1985 they started with 800 movies and their collection has grown to more than 50,000 titles. Both have said they would like to keep the collection preserved for the future.

Vidiots was able to build a loyal fan base because it offered what other stores didn't, which is that the staff knew what they were doing, the owners said.

"I just don't think the artificial intelligence of Netflix recommending a movie for me is the same as talking to a person," Polinger said.

The founders said it's possible that a local celebrity or big benefactor will step in at the 11th hour and keep the store open, but their hopes for an alternate ending are fading fast.