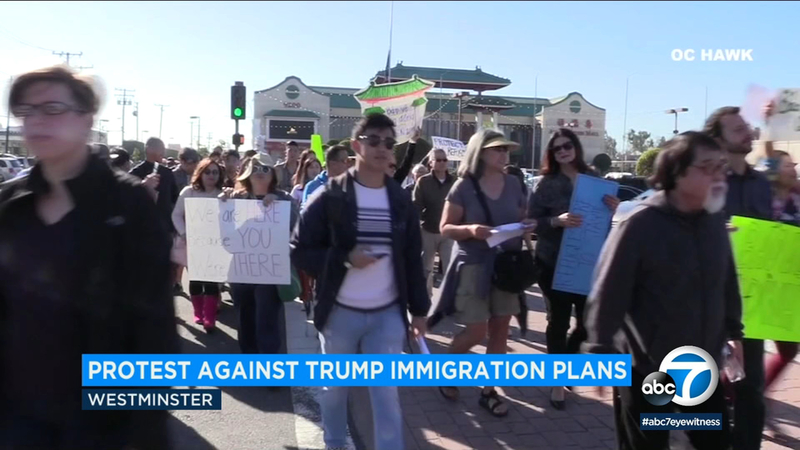 Thousands marched out of a growing concern of the Trump administration's possible re-interpretation of a 2008 agreement protecting Vietnamese immigrants arriving before 1995.

The move may mean deportation for some. The Department of Homeland Security officials say their target is convicted criminals.

The department issued a statement saying, "We have 7,000 convicted criminal aliens from Vietnam with final orders for removal." It goes on to say that they are non-citizens who were arrested and ordered removed under previous administrations.

Protesters took to the streets of Little Saigon in Orange County, the nation's largest Little Saigon, and rallied to raise awareness of the growing concern.

"I hope the Trump administration knows that we're loud, and we're going to keep fighting," said protester Monique Nguyen. "We're going to try to bar everything he's trying to do, and this is just a start of a movement, big movement."

About 200,000 Vietnamese people live in OC's Little Saigon, which includes parts of Westminster, Garden Grove and Santa Ana. Many of them came into the country in the 1990s as refugees of the Vietnam war.