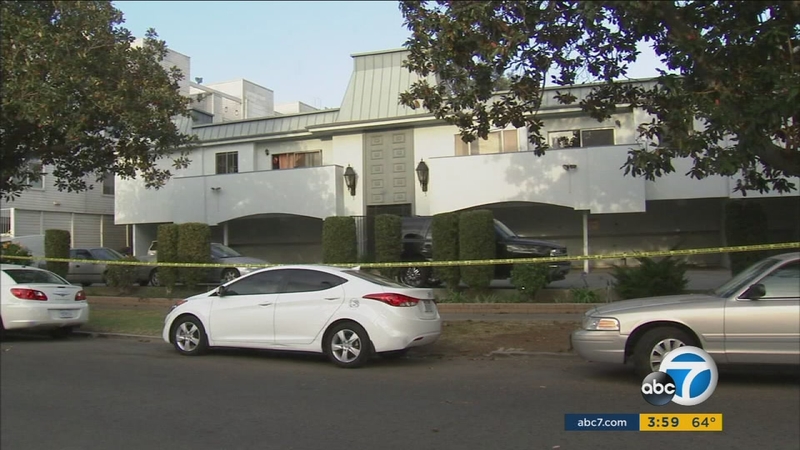 PALMS, LOS ANGELES (KABC) -- A woman was violently beaten and stabbed during a robbery in her Palms apartment Tuesday afternoon.

Los Angeles police said the attack happened in the 3700 block of Delmas Terrace.

Officials said the victim, in her 20s, invited the suspect into her apartment, where neighbors told ABC7 she lived alone.

The man stabbed the woman and hit her over the head several times before taking her laptop, police said.

"I was standing in front before the police came and I heard inaudible moaning, like it was hard to describe because it was someone who was seriously hurt," neighbor John Mullin said.

"Then I saw a police car come on the street and they ran in there and when they brought her out she was just covered in blood. Her hair was soaked in blood, her face, her hands, everything, and she wasn't moving," Mullin continued.

The woman was taken to the hospital, but officials did not have her condition available.

Investigators said it appears the victim and suspect knew each other.