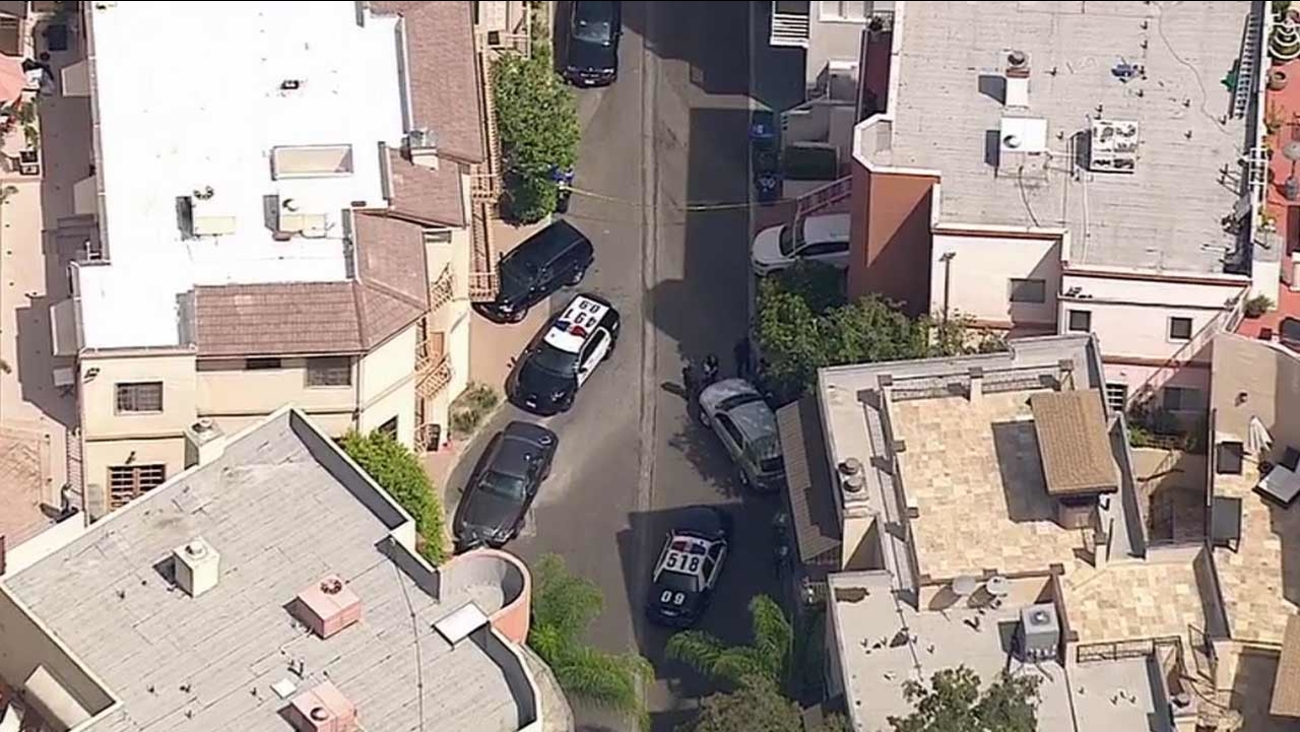 A violin teacher sought in connection to a child molestation case in the United Kingdom fatally shot himself at his apartment in Sherman Oaks on Tuesday, Sept. 1, 2015.

SHERMAN OAKS, LOS ANGELES (KABC) -- A violin teacher from Manchester, England who had been living in Sherman Oaks for several years took his own life while U.S. marshals were trying to serve a warrant for his arrest in connection to a child molestation case.

Christopher Howard Ling, 56, was found dead of a self-inflicted gunshot wound at his apartment on Dixie Canyon Place on Tuesday morning, according to Laura Vegas of the U.S. Marshals Service.

Investigators say Ling was wanted in the United Kingdom for multiple counts of indecent assault on a minor. The suspect allegedly sexually assaulted as many as 10 girls when he taught at Chetham School of Music in Manchester in the 1980s.

He later moved to the U.S. on work visa and ran a talent agency.