Video shows 2 passengers brawling aboard flight from Tokyo to LA 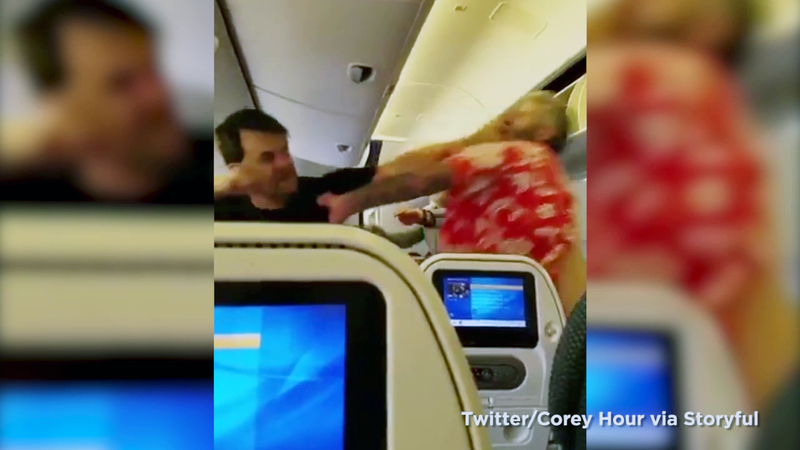 2 passengers fight on flight from Tokyo to Los Angeles

Cellphone video which has gone viral shows two passengers violently scuffling aboard an All Nippon Airways plane bound from Tokyo to Los Angeles.

In the video, the two men can be seen throwing punches across rows of seats on the plane.

A spokesman from ANA said the man accused of instigating the fight with the other passenger was a man in his 40s. The man also assaulted an ANA employee, according to the airline.

Cellphone video which has gone viral shows two passengers violently scuffling aboard an All Nippon Airways plane bound from Tokyo to Los Angeles.

ANA determined that the man was a "safety threat to other passengers" before the plane took off. The man was removed from the plane and subsequently arrested by local law enforcement.

The flight had been scheduled to take off from Tokyo Narita airport by late afternoon on Monday.

The man who filmed the video of the scuffle, which has since gone viral, told ABC Radio that the passenger who was removed from the flight "seems to have a strong hate for the government" and was leaning over his seat to argue with the passenger behind him.

According to Corey Hour, the man asked the other passenger where he was from and then said, "I'm going to kill you."

"It was literally out of nowhere," Hour said of the fight. Hour said after filming the incident, he urged the man to leave the plane.