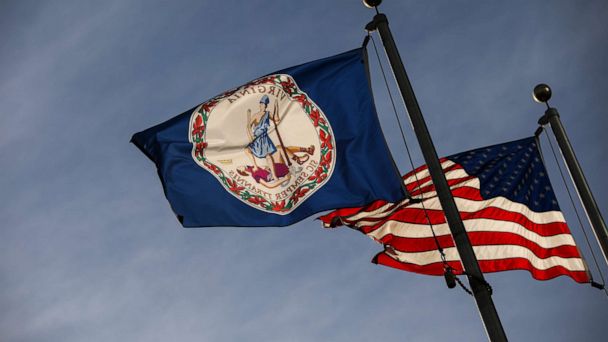 ABCNews
By JULIA JACOBO
The state of Virginia is being sued over "controversial" race labels listed on applications for marriage licenses.

Those seeking a license to wed in Virginia are required to label themselves by their race, according to a lawsuit, filed last week in the Eastern District of Virginia. A list of "race codes," obtained by a law firm representing seven plaintiffs, features more than 200 labels, including seemingly outdated terms such as "Quadroon," "Moor," "Aryan," "Mulatto" and "White American."

The labels are "unscientific, highly controversial, misleading, useless and tainted categories reflecting Virginia's historical repression of non-white persons," according to the lawsuit.

One of the plaintiffs, 27-year-old Brandyn Churchill, told The New York Times that he and his fiancée were shocked to find the lengthy list when they applied for their marriage license in Rockbridge County last week. The couple left without obtaining their marriage license, even though their wedding is in less than two months.

Virginia is one of eight states that require race to be filled out on marriage licenses by statute, according to the lawsuit, which accuses the state of needlessly reverting to previous points in history to classify its citizens. The data on race is not sent to the National Center for Health Statistics, and no study has been conducted by the Virginia Department of Health regarding racial data collected from marriage records, according to the lawsuit.

In 1967, the U.S. Supreme Court ruled against all state laws that prohibited the marriage of white and non-white people in Loving v. Virginia.

"Fifty-two years after the Supreme Court struck down laws preventing the marriage of white and non-white persons, the Commonwealth of Virginia continues to require plaintiffs, as a condition of exercising their right to marry, affirmatively to label themselves racially, against their will and under oath and at risk of prosecution for a felony for misstatement, according to capricious categories rooted in a malignant statutory scheme," the court documents read.

All of the plaintiffs have filed marriage licenses in either Arlington or Rockbridge counties, but do not wish to marry there if they have to label themselves "with a race in order to get a marriage license," according to the lawsuit.

"As a result, in order to marry, plaintiffs, like the Lovings 61 years ago, must acquiesce in an unjustified, offensive and unconstitutional intrusion into their private lives, or, regardless of their desire to be married in Virginia, look elsewhere to get married, as most states do not require racial identification on a marriage license application," the court documents state.

The lawsuit requests temporary restraining orders or preliminary injunctions to prohibit the state of Virginia from denying the plaintiffs a marriage license should they fail to label themselves by race. It also requests "reasonable costs," such as attorney's fees and other relief.

The lawsuit also requests that the federal court deem the practice unconstitutional and end the requirement.

The Virginia State Registrar and circuit courts for Arlington and Rockbridge counties are named as defendants in the lawsuit.

Arlington County circuit clerk Paul Ferguson told The Associated Press that he "certainly understand why that question could make someone uncomfortable" and that he would be willing to move a marriage application forward if the question was left blank. State officials would still have the final say in whether the application was accepted, Ferguson said.

A spokesman for Virginia Attorney General Mark Herring told AP that "it's not readily apparent why state law requires the collection of this data on the marriage license application" and that they will examine the complaint "closely and carefully to determine how best to proceed."