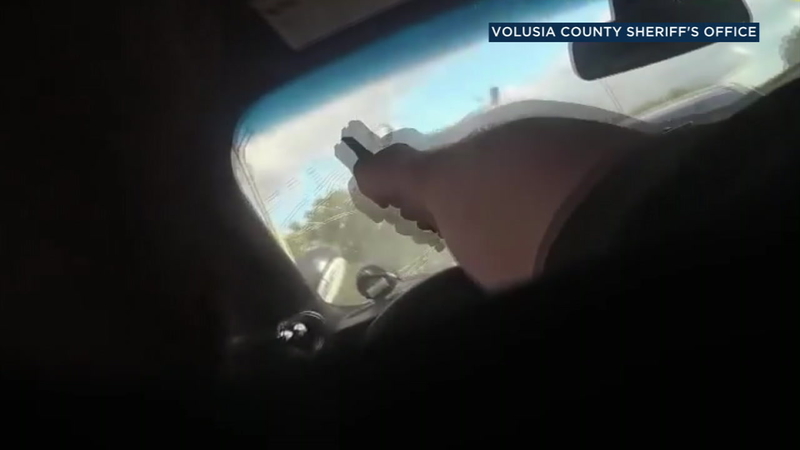 A dangerous pursuit in busy daytime traffic began when an officer attempted to stop the suspect, 33-year-old Dillon Parker, who was wanted for attempted murder.

But the man takes off and the chase starts, prompting multiple units to join the pursuit.

When the suspect hits a spike strip and runs off the road, he quickly merges from his car with a gun in hand.

An approaching officer opens fire through his own windshield.

The officer then bolts toward the suspect, weapon raised, his body cam recording it all.

"Get your hands up!" the officer is heard yelling at the suspect.

The suspect is bloodied and quickly handcuffed.

Parker was shot multiple times by deputies, but his injuries were not life threatening.