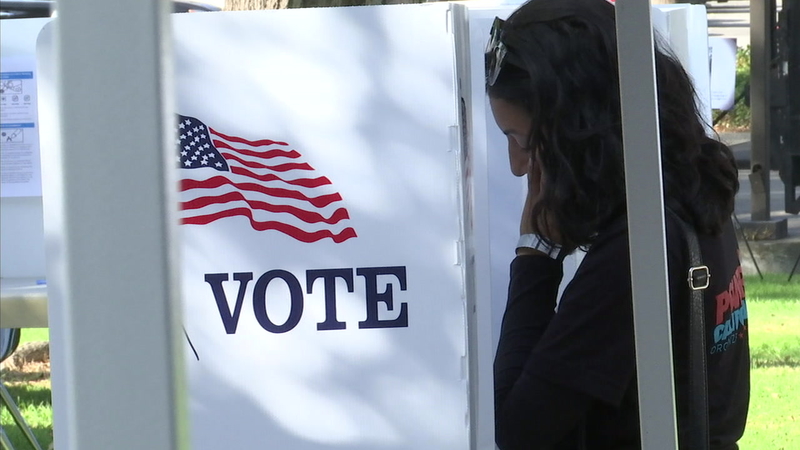 NORWALK, Calif (KABC) -- After studying the candidates on the ballot and reading about the propositions, 18-year-old Fabiola Argueta voted Wednesday for the first time.

"We're told we're too young and our decisions don't matter, and our vote doesn't matter," Argueta said. "It matters so much -- these primaries that you don't pay attention to, these are representatives that are taking care of us. Our state senators, assembly members. If we have a pothole on our street, they're the ones paying attention to us, so we need to make sure we hold them accountable for our communities."

Argueta was part of the hundreds of students who went to the "Ready to Vote Party" event Wednesday at the Los Angeles County's Registrar's office in Norwalk.

The non-partisan group Power California, which encourages people 18 to 24 years old to vote, held the event for 500 Los Angeles Unified School District students involved in voter registration at their schools.

"It says here in some of the propositions that schools are going to be losing funding, and that's really important for me because I'm student," LAUSD student Angie Cuevas said. "That pays for our books, our education, and we need all those things, so it's important to me."

RELATED: A look at all the California propositions

Angie Cuevas is 17 and can't vote, but that didn't stop her from reading about all the propositions on the ballot and the role of elected officials.

"We know that if a young person registers to vote and votes in two consecutive elections, they become a habitual voter for life," said Luis Sanchez with Power California. "But, if they don't register or don't vote in their first election, they'll disengage for almost a decade."

RELATED: Elections 2018: Where and when to vote

"We want to make sure they actually build that habit and muscle of what voting is about. Even though they're doing a mock election, it's kind of like you take the PSAT before you take the SAT," Sanchez said.

"Ready to Vote" will also hold an event like this one in San Diego and two in the Central Valley before November 6th.