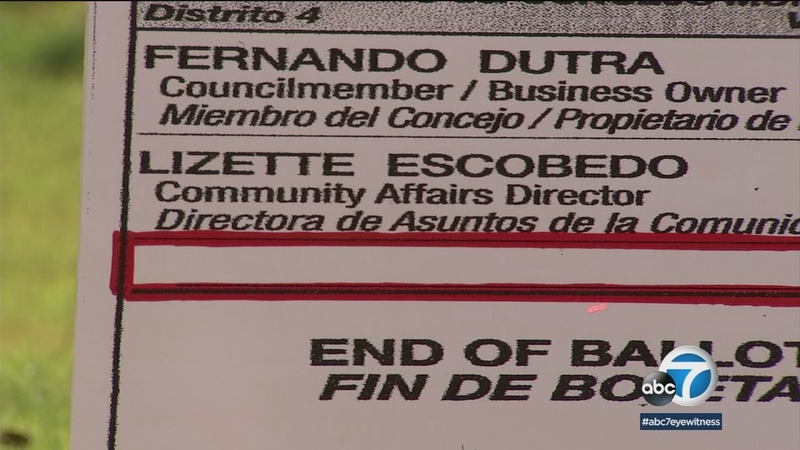 WHITTIER, Calif. (KABC) -- Voting may seem simple: get a ballot, find the candidates you like and color in the bubble next to those names.

But some Whittier voters are complaining that the design of their city's ballots for its 2018 general election on Tuesday are so confusing that people are likely to fill them out incorrectly.

"This ballot has been constructed in such a way that it is misleading," said Whittier attorney Miguel Garcia during a news conference in front of Whittier City Hall Monday morning.

Garcia and others say the ballot includes inexplicably vague write-in candidate slots that include no instructions.

Those boxes, they argue, make it too easy for voters to fill in the wrong bubbles, essentially voting for no one instead of their candidate of choice.

"People are voting incorrectly because they see the last name and they just immediately go to the last bubble thinking that they match up," said Madison White, City Council candidate Lizette Escobedo's campaign manager.

Escobedo is the last candidate listed in her race and could conceivably lose votes because of the write-in confusion.

Whittier resident Yvette Martinez, who voted early on Saturday, said she realized after casting her ballot that she had filled in the wrong bubble.

"In my rush of activity I looked at Lizette's name, saw that she was the last person on the ballot and I filled in the third bubble," she said.