A bold move in 1965 ended a national battle for equality at the voting booth, but the war is not over in California, according to civil rights advocates and scholars.
KABC 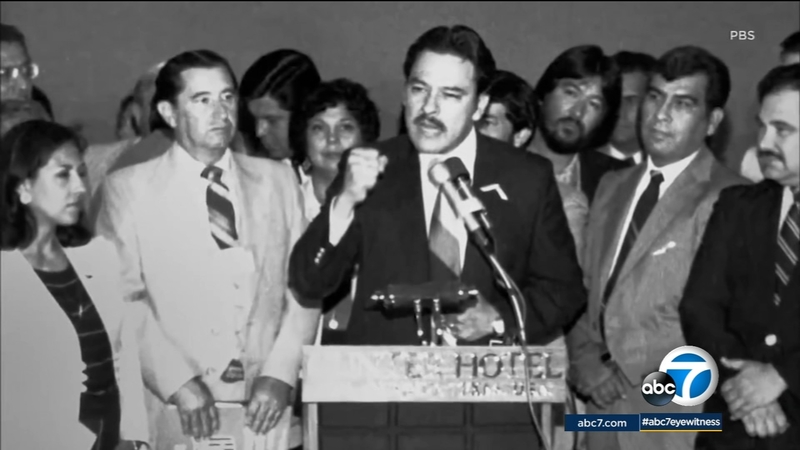 A bold move in 1965 ended a national battle for equality at the voting booth, but the war is not over in California, according to civil rights advocates and scholars.

"Certain states are unevenly administering the right to vote. So there's definitely a movement afoot across several states to change this situation," said Susan Anderson, history curator at the California African American Museum.

President Lyndon Johnson signed the Voting Rights Act into law 55 years ago. He was surrounded by members of Congress who were all White. However, Reverend Martin Luther King, Jr. stood at the front of the crowd.

The civil rights marchers who were beaten during peaceful marches seared the conscience of the country.

Jim Crow laws had gutted the Constitutional rights of African Americans in many southern states. Restrictions were imposed for Blacks -- such as literacy tests, poll taxes and proof of moral character.

In California, suspicion was cast on the surging population of immigrants. Asians and Latinos were becoming naturalized citizens with full rights to vote. However, they found obstacles when they went to cast their ballots.

Men who were in uniforms, similar to Immigration and Naturalization Service agents, were stationed at some polling places.

"We've seen attempts to misinform and disinform people about basic facts about when elections occur, who was allowed to vote," said Thomas Saenz, president and chief counsel for the Mexican American Legal Defense and Education Fund.

A study published in the Review of Law and Social Justice cited a practice of discouraging new citizens.

"Even though language minority voters are citizens and have the legal right to vote, poll workers and other election officials single them out as persons who should not be voting because they are not completely fluent or literate in English," researchers found in the Voting Rights in California study.

A poll monitor cited a specific instance in which Chinese language ballot materials were removed from view, saying, "bilingual materials are a waste of time and money."

An ongoing issue is gerrymandering -- drawing the boundaries of voting districts to minimize the voting power of minorities.

"Just in the last two years, MALDEF brought successful litigation against the Kern County Board of Supervisors in Bakersfield for failing to draw a second Latino majority district on the board of supervisors. And the judge there concluded that it was a violation of the Voting Rights Act, because the Latino community had grown, they would have the ability to elect two supervisors if the districts were drawn in a fair manner," says Saenz.

New conflicts are anticipated in the coming election as voters seek fair representation at the polls.