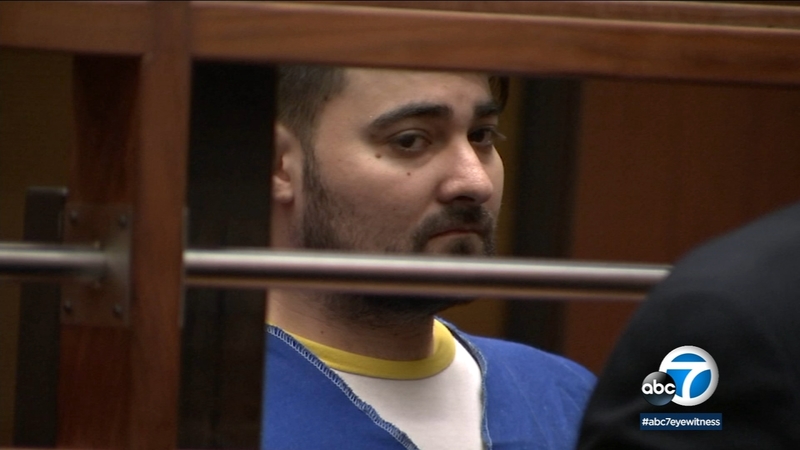 LOS ANGELES (KABC) -- A now-former security guard who shot and killed a man at the Walgreens in Hollywood last month has entered a not-guilty plea to a charge of murder.

Donald Vincent Ciota II, 28, of Covina, faces one count of second-degree murder with an allegation that he used a firearm as a deadly and dangerous weapon.

On Dec. 2, Ciota confronted 21-year-old Jonathan Hart, who was suspected of shoplifting inside the store. The two men began fighting and then investigators say Ciota pulled out his firearm and shot Hart in the back of his neck as he ran away.

An attorney for Hart's family says he was targeted because he was black and gay. He said he was not shoplifting and unarmed.

Los Angeles Superior Court Judge Teresa Sullivan ordered Ciota to return to court Feb. 13, when a date is expected to be set for a hearing to determine if there is enough evidence for him to stand trial.

Ciota remains jailed on $3 million bail, despite a request by his attorney, Mark Geragos, to reduce the amount to around $100,000.

Geragos argued the evidence in the case does not support a murder charge, but at most it should be a manslaughter case.

If convicted, Ciota faces up to 50 years to life in prison, according to prosecutors.

Walgreens terminated its contract with the security company and is cooperating with the investigation.

Walgreens issued a statement saying, in part: "The company has extended our deepest and most sincere condolences to Hart's family. We contract for armed and unarmed security, as well as video surveillance, in our stores based on the public safety needs of each location. We operate in thousands of communities and neighborhoods across the nation and the suggestion that we would inappropriately serve any community is simply false."