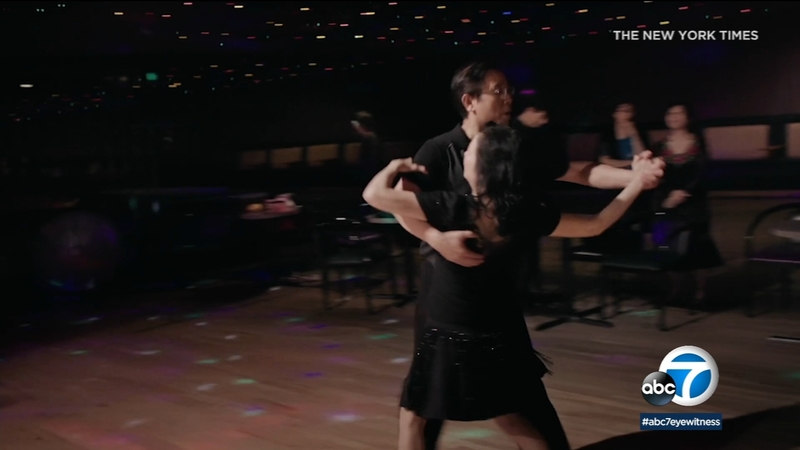 Immigrant love story 'dances' its way to The Oscars

HOLLYWOOD (KABC) -- One of this year's Oscar-nominated short films takes place in the San Gabriel Valley by way of Vietnam.

It's called "Walk Run Cha-Cha" and it's about a couple with a passion for ballroom dancing.

While Paul and Millie Cao were dancing--they dance a lot--a film director researching mini-malls accidentally walked into the Lai Lai Ballroom & Studio in Alhambra. Director Laura Nix was so intrigued, she decided to start taking lessons!

Eventually, she knew Paul and Millie had a story to tell and she was the one to tell it.

"It's a true American love story," Nix said. "Two Vietnamese refugees that came to the United States, but they were separated during the war, and then 40 years later, they decide to become ballroom dancers to make up for the time they lost in their youth."

Nix spent a lot of time on telling this story.

"I did 14 hours of audio interviews with Paul and Millie to get their whole story about when they left Vietnam and how they met each other and every details about their romance. And I sometimes think that doing interviews off-camera, people are more intimate with you," Nix said.

Paul and Millie are on the dance floor four or five nights a week. For the film, Nix let them perform a routine. They wanted to dance to what they consider their song, "We've Only Just Begun." But music can be costly.

"Paul Williams, who wrote the song, saw the film and he loved it," Nix said. "He gave us permission to use it. So we were able to get the publishing license and we created a new version to use in the film."