War brides recall coming to US aboard Queen Mary after WWII 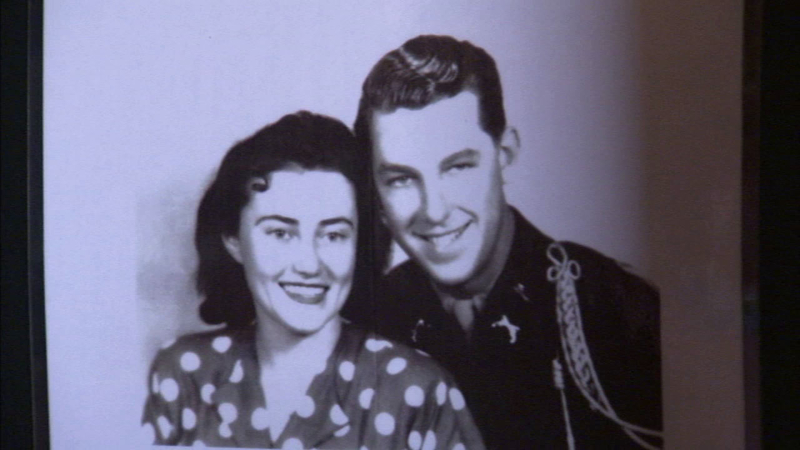 War brides tell stories of coming to US after WWII

The majestic Queen Mary, now long-anchored in Long Beach, was once an ocean liner that changed lives forever.

"We were all very doubtful, I guess. We hated to leave home, but I guess we were so in love that we took the chance," said Kitty Snyder.

Seventy years ago, Snyder boarded the Queen Mary from London bound for America to be reunited with her American military husband.

Margie Franz took the transatlantic voyage when she was just 8 months old with her mother.

"To think I was here 70, or 69 and 10 months later, here I am walking back into the Queen Mary. It was really just kind of overwhelming," Franz said.

The media captured a sweet snapshot of Franz in the arms of her smiling father when they arrived by train in Kansas City.

Margie Franz, just 8 months old, is seen with her mother and father after she and her mother came to America aboard the Queen Mary after World War II.

At the end of WWII, the Queen Mary transported the wives of U.S. military personnel. On Friday, several members of the WWII War Brides Association gathered on the Queen Mary for their annual reunion - to remember the journey and how their love stories began.

"My husband, who I didn't know then of course, looked up and said to me, 'What beautiful green eyes.' I turned to my friend and said, 'These Americans are so forward,'" Snyder recalled with laughter.

The same day in June 1943, their eyes locked again at a dance.

"When I get up there, five minutes, there he is and that was it," she said.

Snyder would stay married to Edward for 65 years. He died five years ago.

"There's such a love and a camaraderie between all the war brides and the war babies. It doesn't matter what country you are from or anything. Everybody just blends," Franz said.