Robbery victim recounts theft of $15,000 Rolex at gunpoint after fender-bender in Sherman Oaks 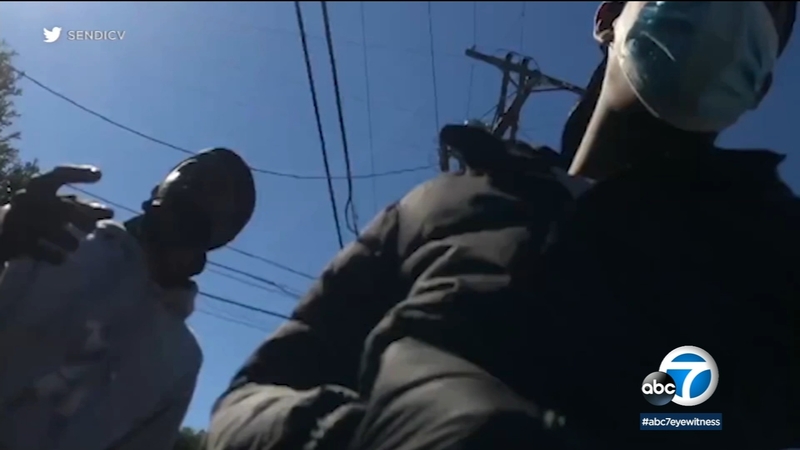 SHERMAN OAKS, Calif. (KABC) -- New details have emerged about a robbery that occurred in broad daylight and was captured on video after a fender bender in Sherman Oaks.

In an interview with ABC7, the victim, Paul, who declined to give his last name out of concern for his safety, described what he was thinking in the moment: "You try to control yourself, OK, calm down, don't intervene, don't hit," because his life was on the line.

"Nothing you can do when (there's) two guns in front of you," he added.

Surveillance video shows the three suspects pull up in a white Mercedes-Benz sedan after rear-ending Paul's car. Paul gets out of his vehicle and inadvertently presses the record button on his phone as he's confronted by the armed robbers.

Two British tourists were targeted in a brazen armed robbery in Los Angeles that was caught on video by a bystander, authorities said.

He told ABC7 that he believes he became a target after the suspects saw the watch on his wrist, which was visible through his car's open window.

Paul said he bought the Rolex 20 years ago to celebrate earning his nursing license.

"I hope people stand up and explain to our local authorities, local politicians that enough is enough and change is supposed to be happening," he said.

The two videos of the robbery are part of a Los Angeles Police Department investigation.