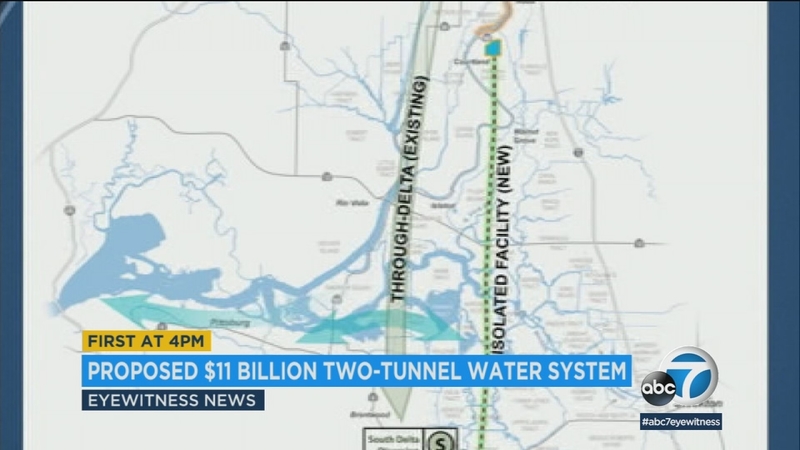 LOS ANGELES -- Officials have voted in favor of a proposed two-tunnel system that would deliver much needed water to Southern California.

The project was approved despite environmental groups and others voicing their opposition, saying the $11 billion plan would raise water bills and taxes with little to no benefit to residents.

The project known as WaterFix is a 35-mile tunnel system that would divert water from the Sacramento River and, according to proponents, ultimately supply growers in the San Joaquin Valley and Southern California communities.

Coalition groups raised questions about the options - a $17-billion full scale plan to construct two tunnels or a scaled-down single tunnel for $11 billion.

Opponents claimed both would be costly and would not supply sufficient water.

The cities of Los Angeles and San Diego said there were too many questions about costs and that member agencies of the Metropolitan Water District have not received a sound financing plan.

Gov. Jerry Brown along with cities in the Inland Empire urged approval of the full-scale plan, citing climate change, the current infrastructure aging, and worries that costs would only rise if the project was done in stages.