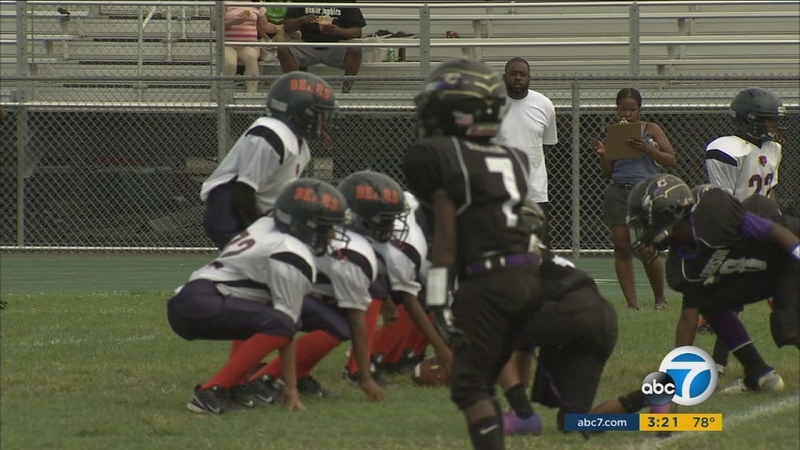 LOS ANGELES (KABC) -- There are some Los Angeles Police Department officers who not only protect lives around the city, but are taking the time to coach the Watts Bears, a football team made up of young boys who live in Watts.

The officers do the coaching while on duty. The four officers wanted to start a mentoring program with a sports element and that's how the Watts Bears were developed.

He added that some of his friends chose a different path in life and some ended up involved in gang violence.

Some of the funding for the Watts Bears come from partnerships with organizations. There are also academic requirements to be part of the team, such as keeping a 2.5 GPA and attending summer school. The officers also check on the team members every day at school.

The officers want to send the message that anything is possible and kids can change their life if they believe in themselves.

Parents' perceptions of the LAPD have also changed thanks to the Watts Bears. Bradley said his mother did not trust the LAPD at first, but the program has allowed her to trust the coaches more, especially because they care for the members as if they were their own children.