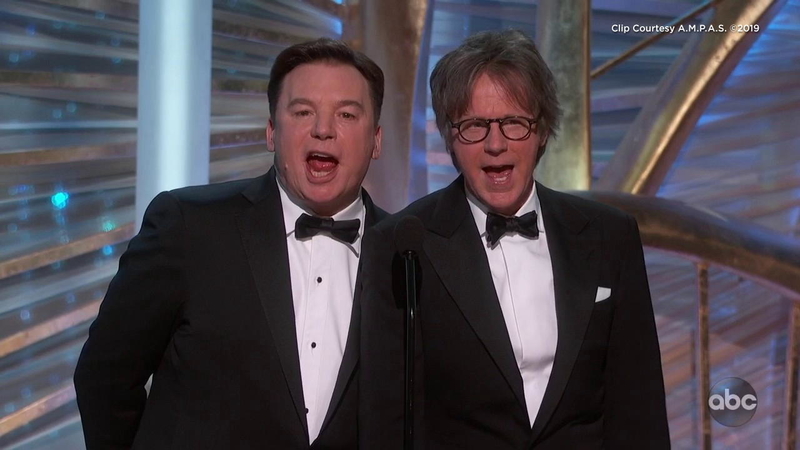 With "Bohemian Rhapsody" nominated for best picture, it only made sense to see a reunion of everyone's favorite public access cable show "Wayne's World" at the 91st Oscars.

Actors Mike Myers and Dana Carvey introduced the film Sunday night while dropping hints on the red carpet about an animated version of their 1992 movie comedy, based on the "Saturday Night Live" skit.

"We're humbled to be associated with that brilliant song," Myers said.

Carvey says an animated "Wayne's World" depends on the fans. He says if they want to see it "of course we'll do it."