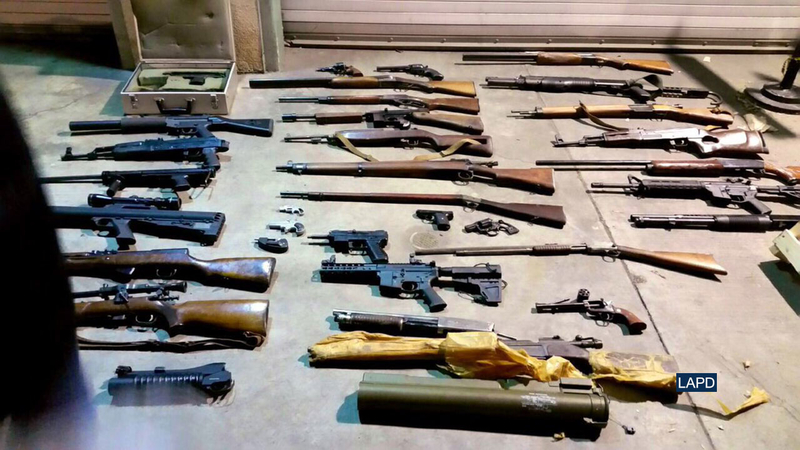 SOUTH LOS ANGELES (KABC) -- Los Angeles police seized a rocket launcher, rifles, TNT and dozens of other weapons from a South LA home after a man was spotted riding a motorcycle and carrying a rifle.

The incident began Saturday morning when a citizen flagged down officers with the 77th Division to report a man riding a motorcycle with a rifle.

Officers headed toward where the motorcycle was last seen and found a man matching the description at a nearby gas station. They pulled him over after he left the station.

Police say the officers found a handgun in the suspect's waistband and a rifle in his side saddle. 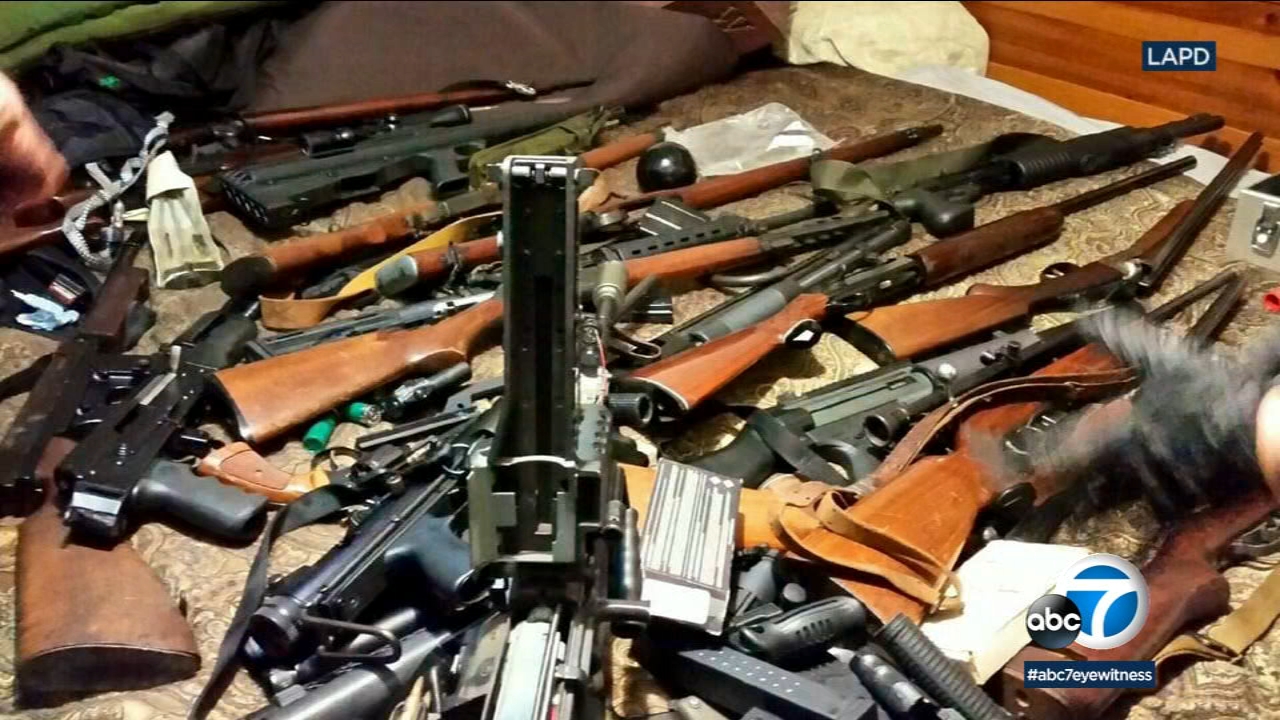 Police seized a cache of weapons from a South Los Angeles home.

The man was arrested on felony weapons charges.

Booking records identified the suspect as John Menzies, 50. He was being held on $500,000 bail.

Officers later executed a search warrant at his home in South LA.

There they say they found a cache of weapons that included: a rocket launcher, explosive materials TNT and PETN, 24 rifles, 12 handguns and silencers.

A community member sees a suspect with a rifle in South LA & alerts the LAPD. The susp is detained & a search warrant leads to the seizure of a rocket launcher, TNT/PETN, 24 rifles, 12 handguns & silencers. Angelenos, let’s cont. to work together pic.twitter.com/SYSyrU1Nuf