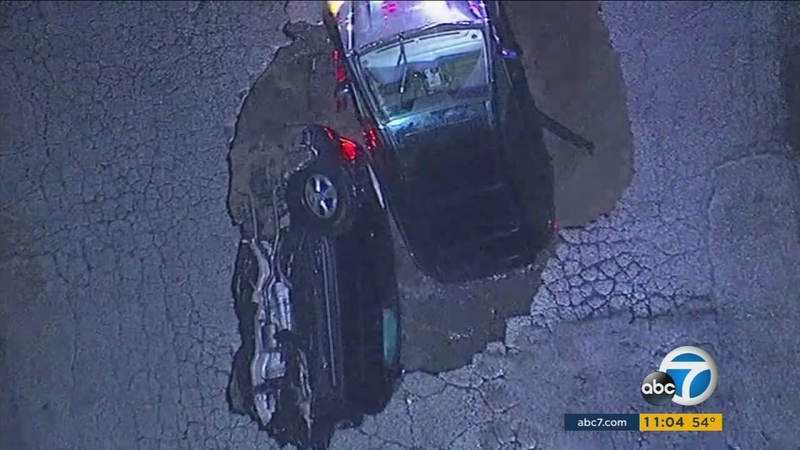 Ambulances and rescue crews were at the scene of the 20-foot sinkhole at about 8 p.m. near Laurel Canyon Boulevard and Woodbridge Street, Los Angeles Fire Department officials said.

At least one person was trapped when the first vehicle plunged through the hole, until fire crews were able to pull the woman out of the vehicle. The victim was rushed to the hospital in unknown condition, officials said.

Just minutes later, a second vehicle, which was unoccupied, was swallowed up in the hole.

Water was seen raging in the hole underneath the roadway, where the cars were flipped upside down.