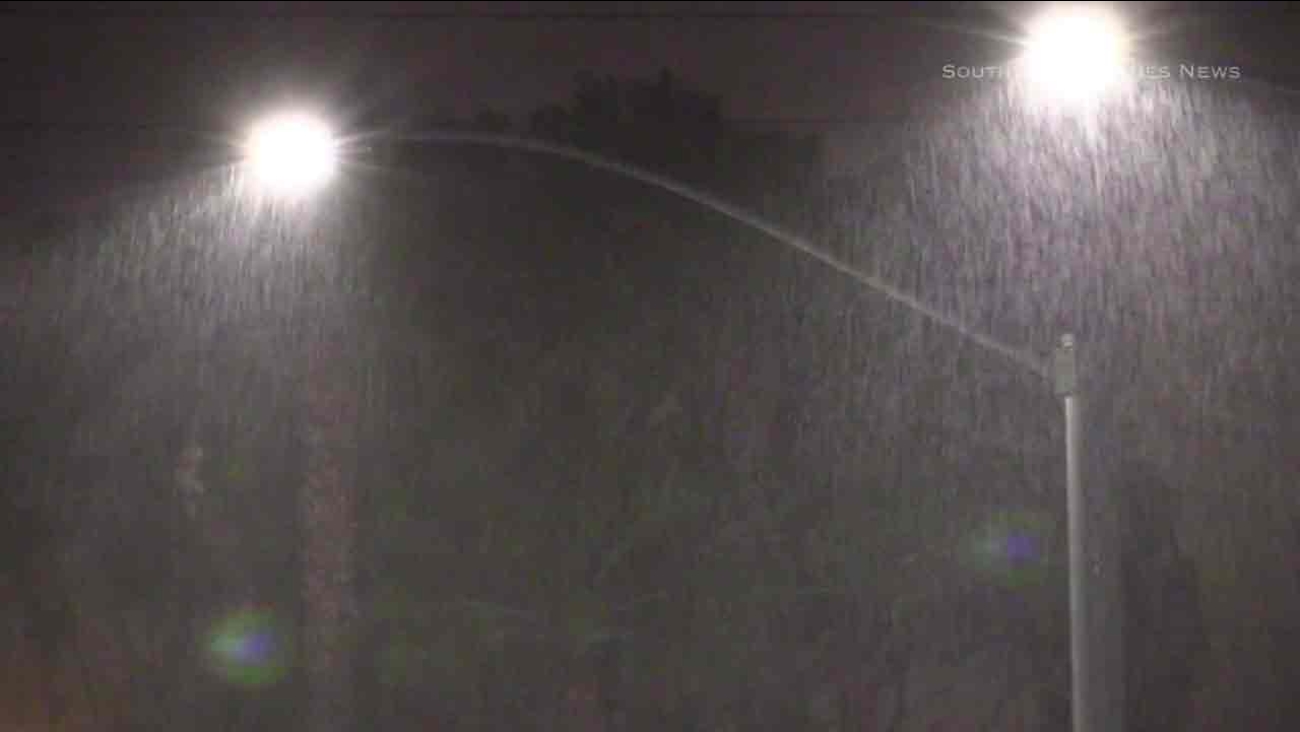 LOS ANGELES (KABC) -- The Los Angeles Department of Water and Power announced 23,000 customers are without power as a result of a rainstorm moving through the Los Angeles area on Monday.

Residents in Venice, Green Meadows, San Pedro and Hollywood were among those most affected by the outage.

Monday's showers were dubbed the first rain of the season, which LADWP officials said cause higher chances of a power outage.

LADWP officials urged all customers to use caution around downed or dangling power wires or poles. They warned to always assume a downed line is still energized and never touch one.

Officials explained some of the most frequent causes of power outages during a rainstorm are dried palm fronds, tree branches and other debris that fall and make contact with power lines.

Crews are working around the clock until all power is restored, the department said.

The following is a list of the most affected communities: