At least 3 found dead in storm-damaged homes in Louisiana 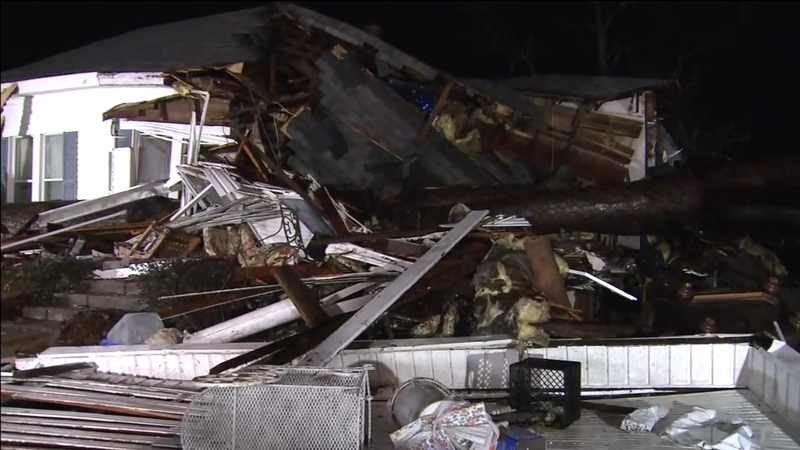 A man was killed overnight when a tree hit his home during severe weather in Oil City, Louisiana, near Shreveport.

High winds brought down the tree onto the man's home.

He was alive for a time in the wreckage, but deputies say he eventually died after speaking to them.

So far, this is the only death reported in that parish.

An elderly couple was found dead in their demolished trailer home in Bossier Parish.

Local authorities are using K-9 teams and drones to survey the damage.

The Storm Prediction Center said more than 18 million people in Louisiana, Arkansas, Texas and Oklahoma were at an enhanced risk of storms Friday, including from strong tornadoes, flooding rains and wind gusts that could exceed 80 mph (129 kph), the speed of a Category 1 hurricane. The area included several major Texas cities including Dallas, Houston and Austin.

When a tree fell on a Spring home, the family inside scrambled to protect their baby.