KABC
By ABC7.com staff
CAMARILLO SPRINGS, Calif. (KABC) -- A mud and debris flow slammed into dozens of homes in Camarillo Springs Friday morning, leaving some surrounded by muck and rocks. Meanwhile, mandatory evacuations were lifted at about 2:20 p.m.

The Ventura County Sheriff's Department said the earlier numbers were overestimated due to the chaos of the situation.

An elderly couple and their caretaker had to be rescued, but no injuries were reported. 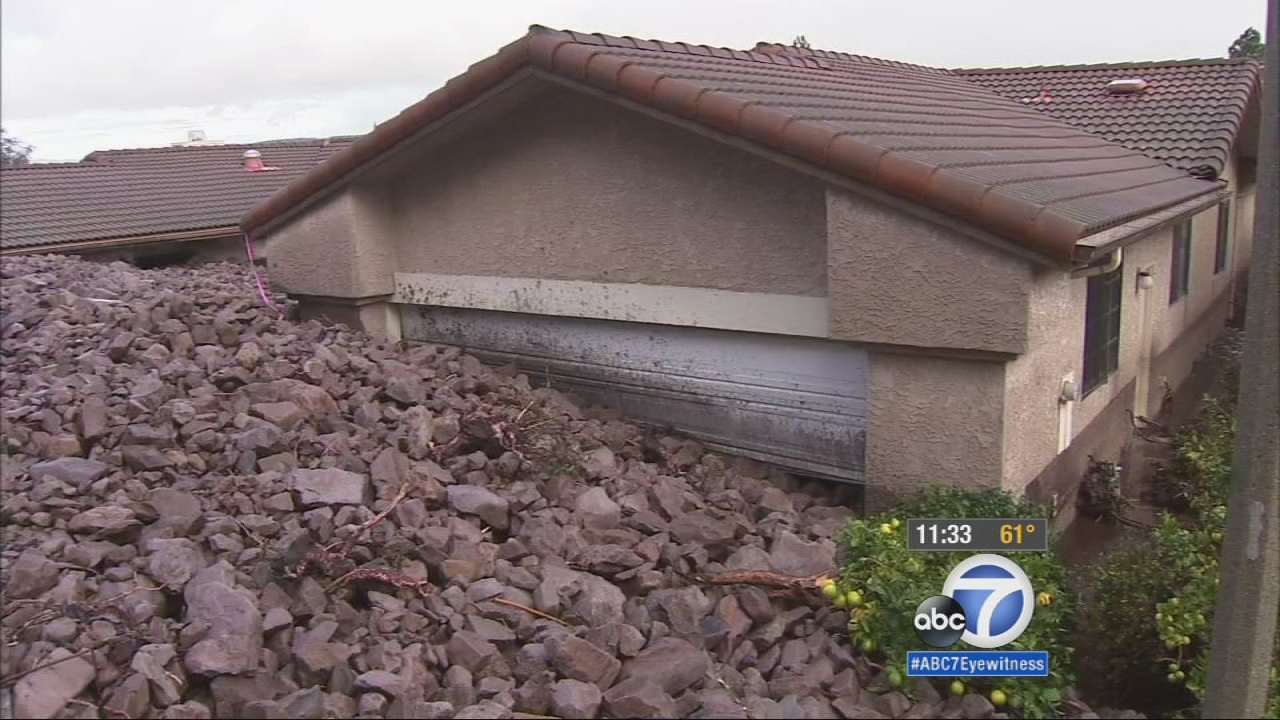 VIDEO: Rocks, mud surround Camarillo Springs homes
Dozens of homes in Camarillo Springs were damaged by a massive mud and debris flow on Friday.
A mandatory evacuation order was placed for homes on San Como Lane and Gitana Avenue. Those evacuations were lifted Friday afternoon. Residents were still under a voluntary evacuation order. Evacuated residents can go to a shelter set up at the Leisure Village Recreation Center at 1200 Leisure Village Dr.

Homeowner Bill Golubics said he was on his front porch when a mound of rocks smashed into his home.

"I came out on my front porch here to see how much water might be going down the street. After about five minutes, the door slammed shut behind me. I knew what had happened, that the mud had entered the house and it was up against the door from the inside," said Golubics. "So I was kind of stuck on the front porch. Soon, the mud was flowing around both sides of the house." 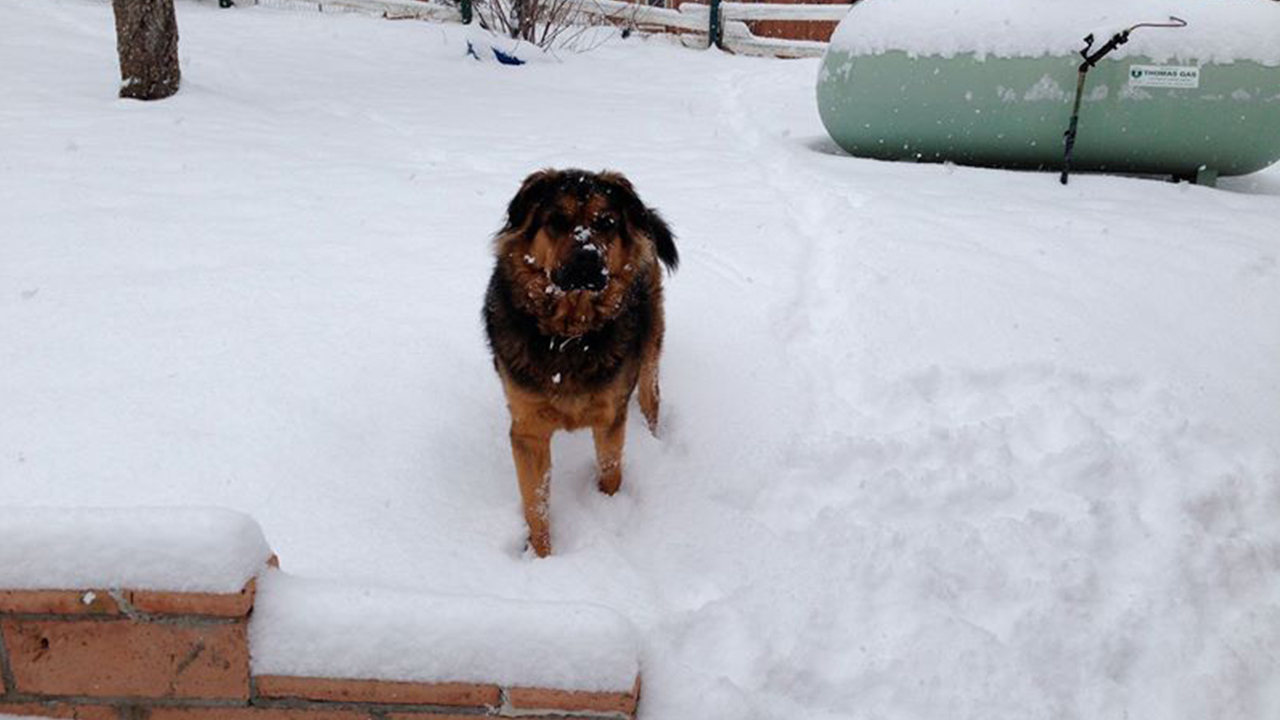 The area is especially vulnerable following previous mudslides. In 2013, a fire swept through Camarillo Springs, burning up vegetation and clearing the way for mudslides. On Halloween, mud flowed down the hill in the same area and caused a home to be red-tagged. It remained red-tagged six weeks later.

"There's no vegetation. There's just nowhere for the mud and water to go but down to the backs of these houses here," said Don Aguilar with the Ventura County Sheriff's Department.

Hours before the storm was expected to hit, crews had worked to clear drainage areas and put up K-rails to direct water and mud away from homes. 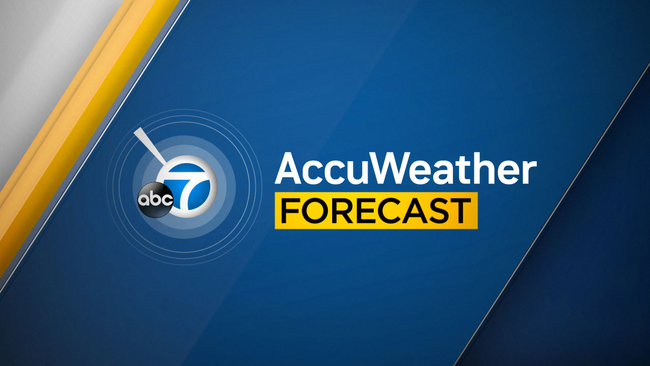 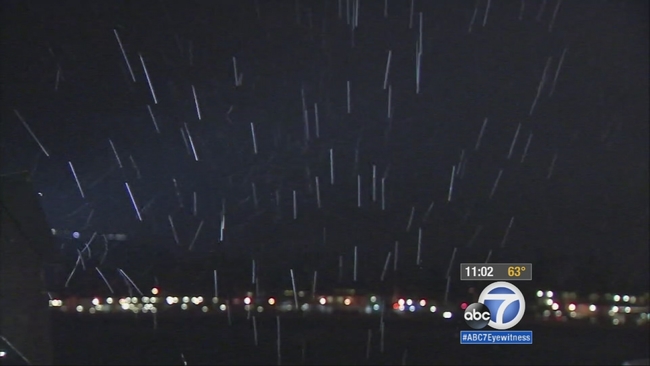 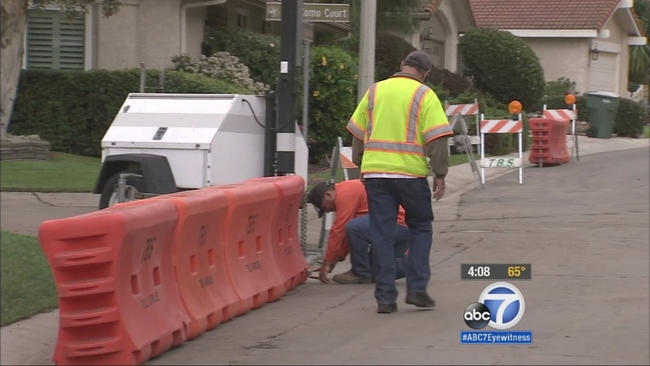 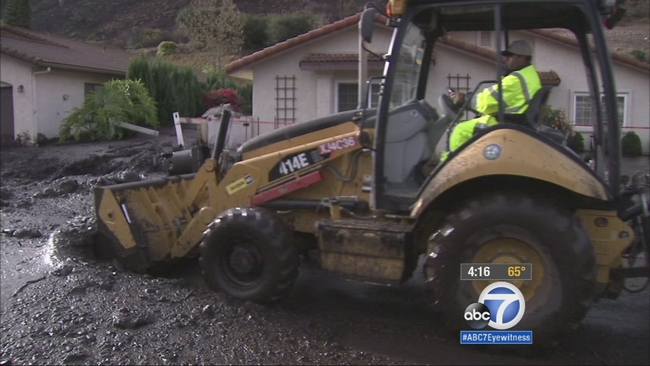