KABC
By Rob McMillan
WRIGHTWOOD, Calif. (KABC) -- It's officially the fourth driest start to the rainy season in history in Southern California.

"A few weeks ago we were joking about it," said Larry Smith, who owns the Canyon Creek Inn in Wrightwood. "Now it really is serious."

Around town, mountain visitors say it feels more like fall than winter. And consequently, there aren't as many of them coming up here.

"Christmas was fine. December was great for bookings," said Smith. "January is OK, but the snow is really the driver. So we're concerned about it because our economy depends on that traffic."

Mountain High Resort is open to the public, thanks to man-made snow. But temperatures haven't been dipping below freezing lately, so they haven't been able to make any new snow in about a week.

"It's been in the 40s at night," said resort spokesperson John McColly. "And upper 50s and low 60s during the day."

McColly says that's not good enough. At least they were able to make a significant amount of snow when frigid temperatures arrived in the area around the Christmas holiday.

"For those three or four days, we made a considerable amount of snow," McColly said. "That's what's allowed us to get so much terrain open, and when the next window opens we can get back to making some more snow."

McColly estimates that 25 percent of the mountain is open right now. Despite the lack of natural snow, many skiers were pleased with conditions.

"They don't get much natural snow," said John Chiara. "Mountain High does the best job in Southern California with what they get."
Report a correction or typo
Related topics:
weatherwrightwoodsan bernardino countyski reportsnowmountainsdrought
Copyright © 2020 KABC-TV. All Rights Reserved.
RELATED 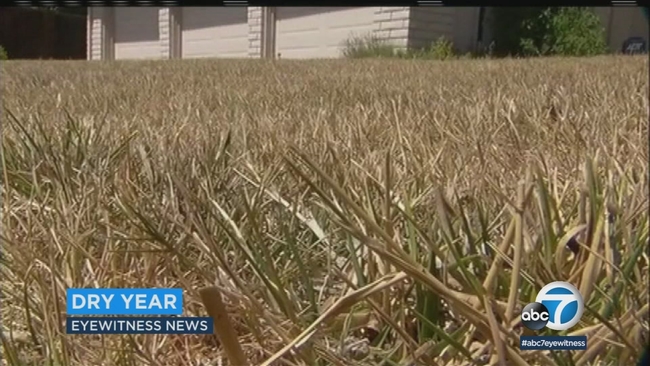