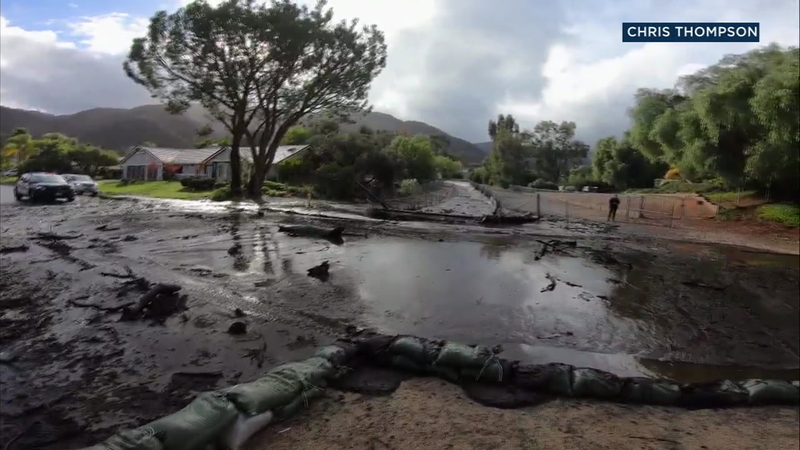 LAKE ELSINORE, Calif. (KABC) -- All mandatory evacuation orders were lifted for the Holy Fire burn area in Orange and Riverside counties on Friday morning as a lingering fall storm tapered off throughout the Southland.

The Orange County Sheriff's Department rescinded mandatory orders for residents of Trabuco Creek, along with the voluntary evacuation of Rose Canyon and the Mystic Oaks and El North areas. Trabuco Canyon Road was also reopened.

In Riverside County, residents of Amorose, Alberhill, Glen Ivy A, Glen Ivy B, Glen Eden, Grace, Horsethief A, Laguna A, Matri, McVicker A, Rice and Withrow A were allowed to return to their homes.
EMBED More News Videos

The city of Malibu is cleaning up Friday after rainfall unleashed mud and debris onto the roadways.

The storm brought a mix of mud, water, and debris from Lake Elsinore to north Glen Ivy but no major damage was reported overnight. The worst of the mudslides appeared to be emanating from Rice Canyon, but a channel built behind several homes on Dale Court appeared to keep the mud away from the area's properties.

The closures were extended into Friday at Luiseno, Rice Canyon, Terra Cotta and Withrow. Lakeside High and all other LEUSD campuses were open Friday.

The Holy Fire ripped through the area in August in a blaze that charred nearly 23,000 acres.