Glendora debris basins getting cleaned out ahead of rain 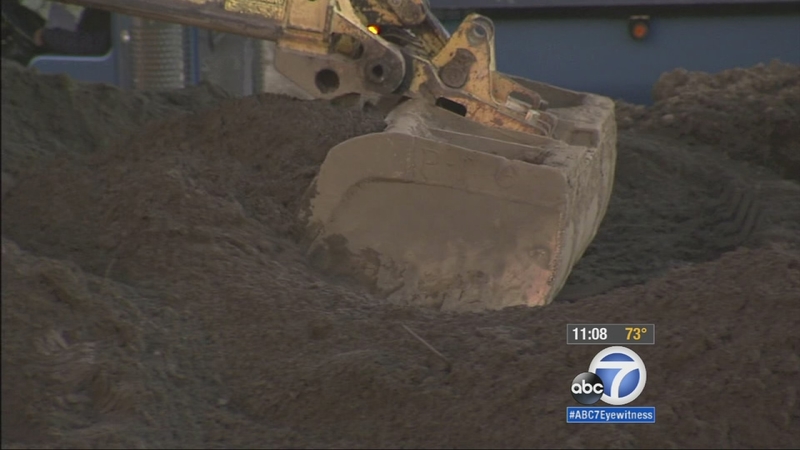 Glendora debris basins getting cleaned out ahead of rain

GLENDORA, Calif. (KABC) -- With more rain in the forecast this week, crews are trying to get ahead of the storm by cleaning out the debris basins in Los Angeles County - starting with Glendora.

When it's all said and done, crews will remove as much as 45,000 cubic yards of rocks, mud, sediment and debris - all of it was collected within the last month in several debris basins along the Glendora foothills.

"We get the debris material out of the basins to make sure that we've got maximum capacity depending on what kind of storms might come our way," said Bob Spencer with L.A. County Public Works.

Area resident Fred Rob says the system works great. The only problem is that the county never placed a debris basin in the canyon above his home.

"They're all prioritized, and we didn't make the first cut. We're hoping for the second cut," Rob said.

Rob is now racing to finish a 3-foot wall outside his property.

"Any debris that comes down from the road above us won't get in our yard," Rob described.

The Colby Fire burned nearly 2,000 acres in January. Mudslides have been a concern in Glendora ever since.

"The hillsides behind us are very denuded of any foliage, so there's nothing much to hold that material up there," Spencer explained.

With another significant rain storm slated to hit the Southland late Thursday and early Friday, Spencer said clearing out the basins is critical. However, he's not too concerned.

"We're very confident. This entire system is built to withstand that type of event. The system will work. It functions the way that it's designed to do," Spencer said.

As for Rob, he simply wishes he and his neighbors had that same assurance.

"You can't make a debris basin as big as that mountain, and it all wants to come down," Rob said.

The basin cleanup job is no easy feat. Crews say it might take up to three to four weeks to completely empty the basins.