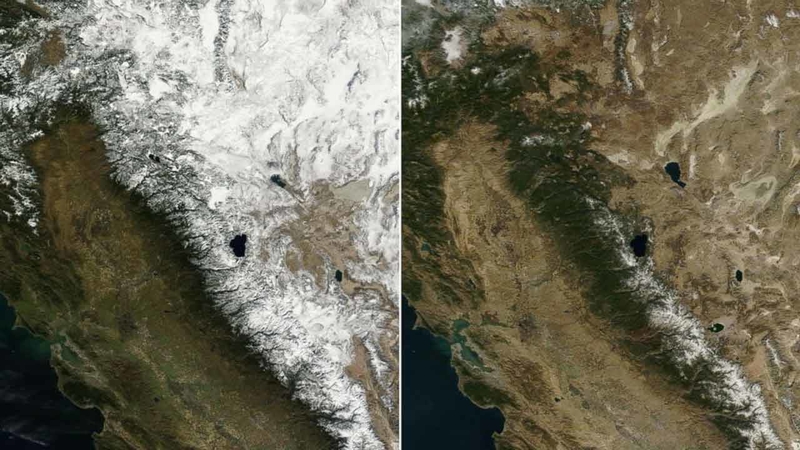 Brown's executive order will require the state water board to implement reductions in cities and towns to cut water use by 25 percent.

"We're in a historic drought and that demands unprecedented action," Brown said at a news conference in the Sierra Nevada, where dry, brown grass surrounded a site that normally would be snow-covered at this time of year. "We have to pull together and save water in every way we can."

The order will increase enforcement to make sure people follow water rules. It also pushes to replace lawns with drought-tolerant landscaping and creates a rebate program to reward people for purchasing energy-efficient appliances.

Also, the order will require school campuses, golf courses, cemeteries and other large landscapes to significantly cut water use and ban watering of grass on public street medians

The governor made the announcement as state officials conducted the winter's final survey of the Sierra Nevada snowpack, which has been in decline all year.

Electronic measurements in March showing the statewide snow water equivalent at 19 percent of the historical average for that date. There was no snow at the site of the Wednesday snow survey.

Snow supplies about a third of the state's water, and a higher snowpack translates to more water in California reservoirs to meet demand in summer and fall.

Officials say the snowpack is already far below the historic lows of 1977 and 2014, when it was 25 percent of normal on April 1 - the time when the snowpack is generally at its peak.

Californians use an average of 181 gallons of water each day, according to the U.S. Geological Survey.

California is not the only state struggling with drought. In Nevada, the Lake Tahoe Basin's snowpack is reported to be at 3 percent of its normal average, prompting the primary water provider in the Reno-Sparks area to urge customers to cut water use by 10 percent on Tuesday. In Texas, more than half the state is currently suffering under abnormally dry conditions, according to the U.S. Drought Monitor.