KABC
By ABC7.com staff
LOS ANGELES (KABC) -- A red flag warning is in effect across the Los Angeles and Ventura County mountains and valleys. The fall heat wave is slated to push temperatures well above normal across the Southland this weekend, the National Weather Service said. 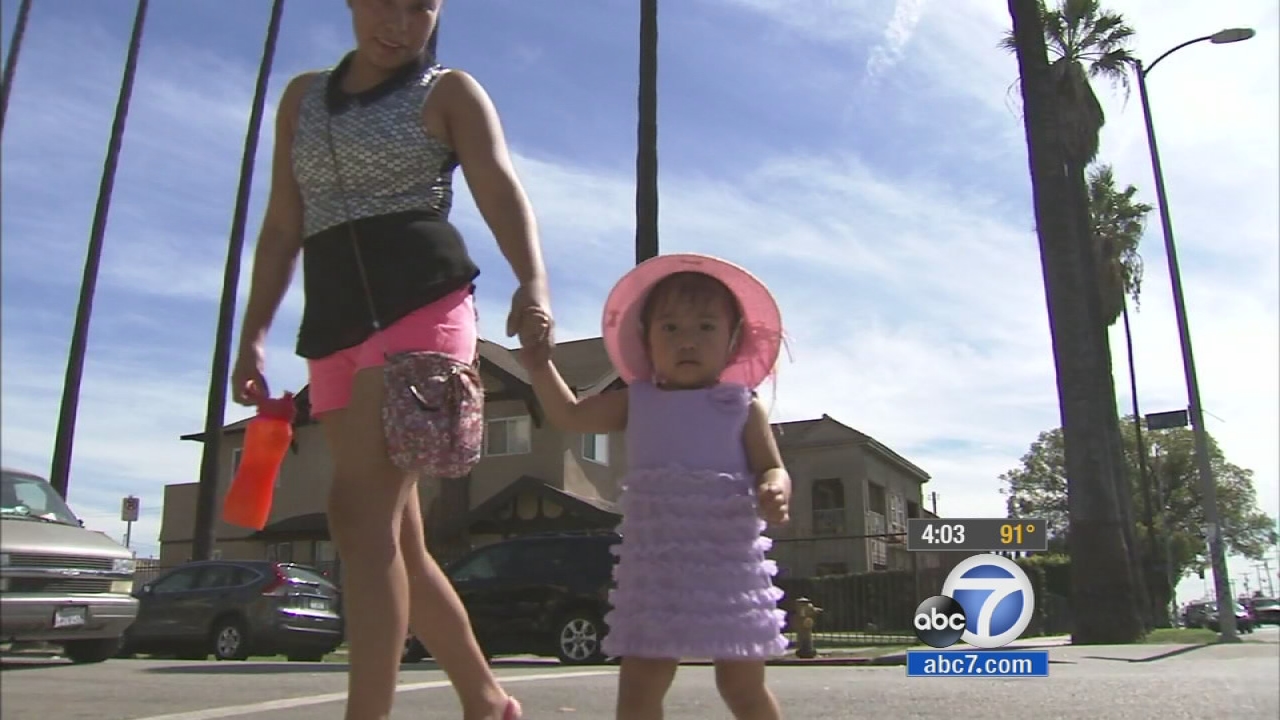 Temperatures hit 90 degrees by 9 a.m. Friday in downtown Los Angeles. Residents tried to escape the heat by indulging in cold treats and taking a dip in the Arthur J. Will Memorial Fountain at Grand Park.

Fashion District merchants and shoppers took shelter under umbrellas while others opted for hats. Organizers of Sunday's CicLAvia event were reminding residents to prepare for the heat.

"It's going to be a hot day, and luckily, Angelenos are used to that. I'm hoping everyone will take that into account, wear a hat, bring an extra water bottle," CicLAvia's Executive Director Aaron Paley said.

Meantime, parking restrictions in parts of Los Angeles prone to wildfire and where parked cars would delay evacuations, such as narrow roads and hairpin turns, may be enforced. Check lafd.org/redflag for details.

One such area is the Kirkwood Bowl area of the Hollywood Hills.

"Three inches on one side, and we're moving mirrors and trees on the other side. In some areas we couldn't get by at all," described Capt. Rich Moody with the Los Angeles Fire Department.

It's typically one way in and one way out on these narrow, windy streets. Despite the no parking signs, there were cars parked everywhere Friday morning.

"Because of the restricted access because of illegal parking, it's difficult for us to respond to emergencies," Moody said.

The fire danger is extreme because of the statewide drought. The past rainfall year went down as one of the driest ever on record.

All of these conditions have firefighters extremely concerned about a fire exploding in L.A. County.

"The winds can actually make a fire burn faster, longer and spot, which is a little bit of fire moving ahead of the fire. We can have spot fires moving up to 2 miles in advance if winds are high enough," Los Angeles County Fire Capt. Brian Jordan said. 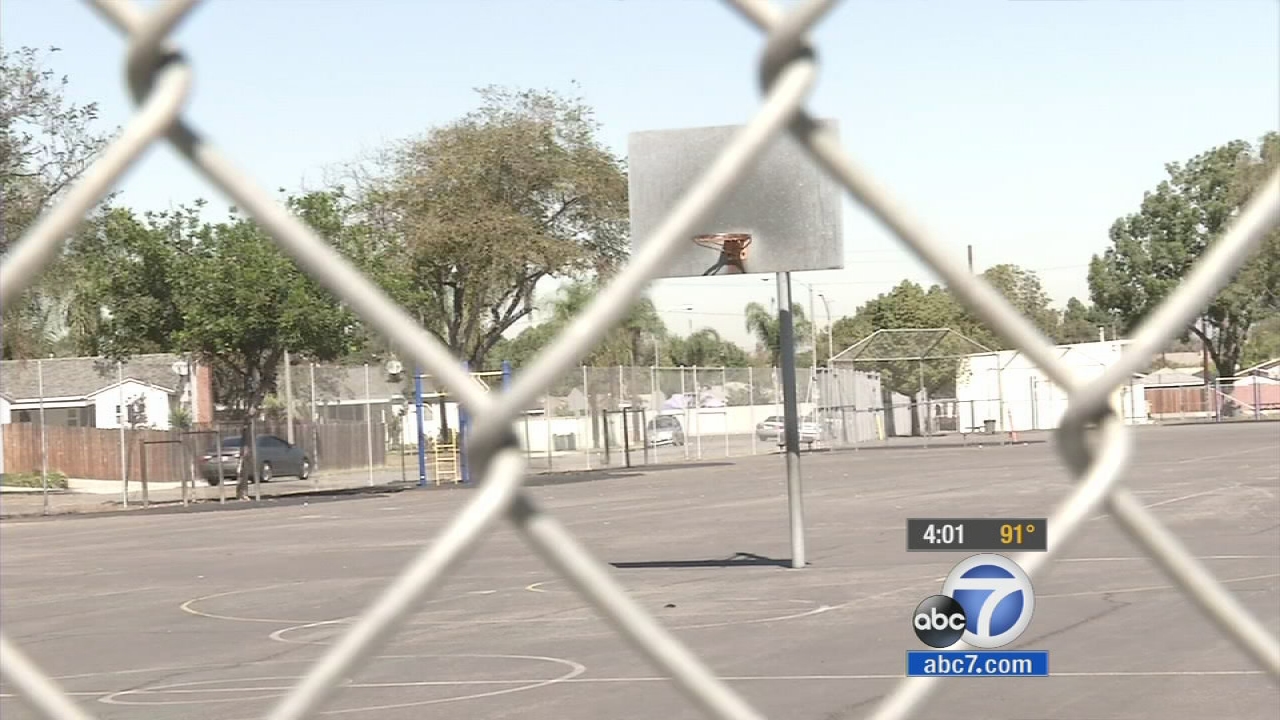 The Long Beach Unified School District dismissed its 76,000 students an hour early Thursday and Friday due to high heat in classrooms.

Doctors say in this heat one could easily become ill.

"They can develop heat exhaustion where they have cramping muscles and dizziness, weakness, but it can progress to more severe conditions, for example, heat stroke, where the body actually loses its ability to regulate its temperature," said Dr. Paul Simon of the Los Angeles County Department of Public Health.

For more information on how to deal with the extreme heat, visit the web site for the U.S. Centers for Disease Control and Prevention at http://www.bt.cdc.gov/disasters/extremeheat/. 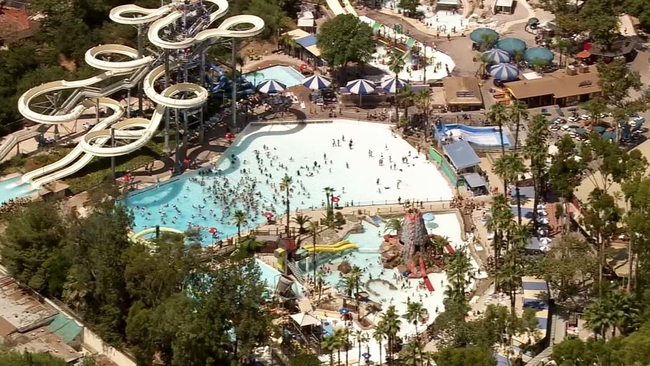 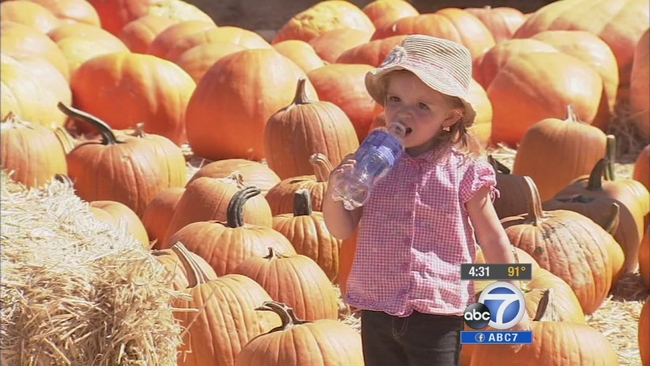 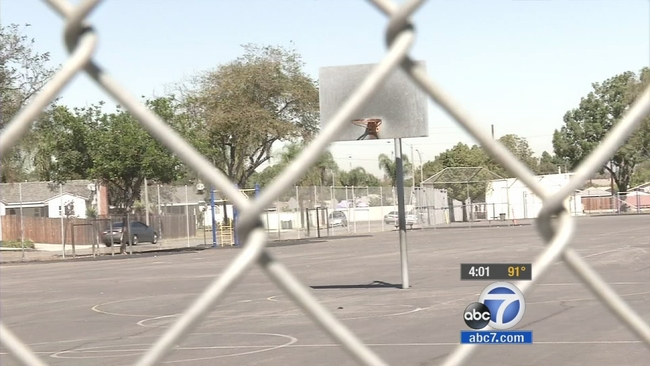