Hurricane Irma: Despite warnings, some insist on riding out storm at home 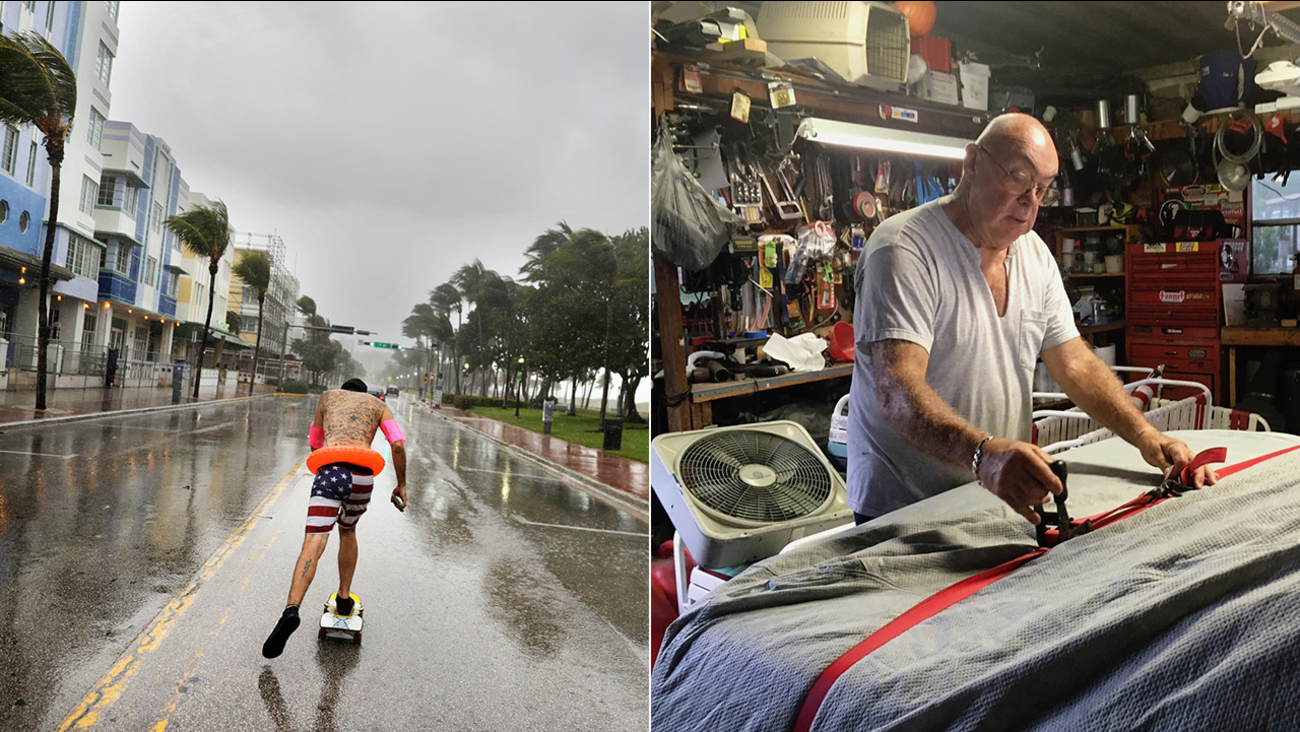 REDINGTON SHORES, Fla. -- Carl Roberts has Chinese food, a case of water and a million-dollar view in his 17th floor Gulf front condo - all he needs, he says, to weather the massive storm coming straight at him.

Authorities have beseeched more than 6 million people in Florida and Georgia to evacuate before Hurricane Irma's storm surge and fierce winds make it impossible to flee or be rescued. Many are staying nevertheless, even boasting about surviving Camille, Andrew, Katrina and other storms.

"No. 1, I don't have anywhere to go," said Roberts, an attorney. "And I'm on the 17th floor. I have security shutters, so I should be quite safe here."

Mandatory evacuation orders apply to all barrier islands around South Florida, including Redington Shores, where Roberts' condo complex towers over a narrow reach of sand. The entire Florida Keys were supposed to be emptied. Firefighters went door to door in mobile home parks, urging residents to get out.

People who refused to evacuate were not being arrested, but were told they wouldn't be rescued once the storm arrives.

"You can call, but we're not coming," Pinellas Sheriff Bob Gualtieri said.

So as Irma's winds and rain began to lash Florida's southernmost city, she hunkered in a borrowed apartment in the senior center where her husband Tim works, along with their granddaughter Sierra Costello, and dog Rocky. Her daughter, Breanna Vaughn, refused to leave her animals in her home a few blocks away.

"If you drive to Atlanta or Tallahassee, you're risking running out of gas and being in your car in a Category 4 hurricane," said Michel Polette, who lives in Miami Beach.

Mobile home parks were subject to mandatory evacuation orders, be they inland or near water, but even there, people stayed put.

"I'm not going anywhere," said Laurie Mastropaolo, 56, at the Treasure Village Mobile Home Park in St. Petersburg. Her T-shirt, with a photo of "Grumpy Cat," said, "This is my happy face."

Mastropaolo said she weathered Sandy and other storms on Long Island, and wasn't convinced she had to leave, even after projections moved Irma's most deadly winds from Florida's east coast to the west.

"If I lived in Miami, I'd be outta there," said Mastropaolo. "I'll wait till the last minute. I'm not going to get on the road with the crazy people."

Roger Schwartz, 75, figures several hundred of his mostly retired neighbors were riding out the storm at the sprawling Gulfstream Harbor community of some 800 mobile homes.

"We may be sorry, I hope we're not," said Schwartz, who was staying inside with his wife; his 50-year-old son, Jeff; and their cat, Mr. Murphy. If the wind starts ripping off their roof, they can squeeze into a crawl space underneath, he said.

"I'd rather take the chance and be here, maybe get out and help other people around here," he said. "People in their neighborhood are pretty good darn good here."

A survey of survivors to see why they fled or stayed put produced unexpected results, according to a study published by the American Meteorological Society this year.

"Those who stayed and who were under mandatory evacuation, they had more dependable social networks than those who evacuated," said Jennifer Collins, one of the University of South Florida researchers. "Their neighborhoods and local communities - they felt very comfortable to hunker down with them."

That would include the regulars at Mac's Club Deuce, the most infamous South Beach dive bar, where people were tossing back drinks, shooting pool and playing the jukebox Saturday. Clouds of cigarette smoke floated in the air as Kathleen Paca, 56, was perched on a stool. She had just spray painted "We're Open Irma" on the plywood covering the bar's windows, covering the same defiant statement about "Wilma" in 2005.

"It's not going to be that bad," she said. "I'm on the second floor and have impact windows. I've thrown coconuts at my windows and they don't break."

Others cited special circumstances, like pregnancy, for defying evacuation orders.

Hurricane Andrew badly damaged the Miami neighborhood of Stefani Travieso, 22. Now she's eight months pregnant and her doctor told her to stay in a place where she feels comfortable and safe. Because the roof was replaced after Andrew along with storm windows and a backup generator, she's not moving.

"If I wasn't pregnant, I'd be in the car headed north with my dog and my husband," she said.
Report a correction or typo
Related topics:
weatherfloridahurricane harveystormhurricane
Copyright © 2021 by The Associated Press. All Rights Reserved.
HURRICANE HARVEY