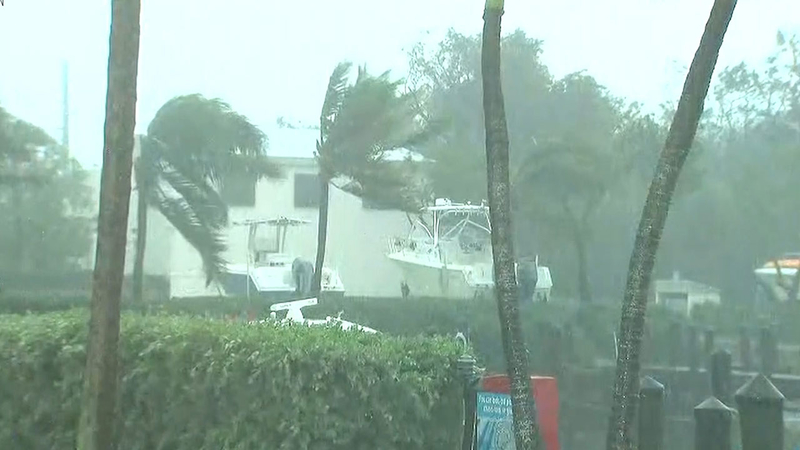 A Key West resident said that, if it becomes difficult to get in or out of the farthest of the Florida Keys for the next several weeks, he'd rather be stuck where he is.

"If the bridge goes out and we're without supplies for a few weeks or a month, I'd much rather be home and on this side of the bridge closing than the other side, where everybody's trying to find a place to live, and fighting for gas, and 10 million people are trying to get back home," John Hines told CNN.

The storm made landfall in Cudjoe Key in the lower Florida Keys on Sunday morning. Monroe County, where the Florida Keys are, began mandatory evacuations on Wednesday.

Hines spoke to CNN shortly before that, saying he had an emotional attachment to the island. He said many of his friends are first responders, and they were all waiting out the storm in concrete structures nearby.

Hines said in addition to safe, he felt prepared.

"We have plenty of water, plenty of food, plenty of hooch," he said. "And we're good to go."
Report a correction or typo
Related topics:
weatherhurricane irmanationalu.s. & worldhurricane
Copyright © 2021 KABC-TV. All Rights Reserved.
HURRICANE IRMA
Deadliest, costliest hurricanes of the past 38 years
From floods to fires: U.S. weather in 2017
LAFD's "hurricane heroes" return home
Cool Kid Sophia Lorey gathers donations to take to Caribbean nation
TOP STORIES
LIVE: Search resumes for Brian Laundrie in Gabby Petito case
Woman safe after video of possible abduction in Bell Gardens
Heat advisories issued for most of SoCal on first day of fall
California struggles to conserve water amid historic drought
FDA expected to authorize limited wider use of Pfizer booster
Who is running for mayor of LA? Here are the top contenders
Anti-Black bias events most prevalent in 2020: CA attorney general
Show More
Suspects in Kristin Smart disappearance could face trial
Willie Garson, known for 'Sex and the City,' dies at 57
Mega Millions ticket worth $432 million sold in New York
Officials: Many Haitian migrants are being released in US
Paychecks delayed for hundreds of Santa Ana school district employees
More TOP STORIES News